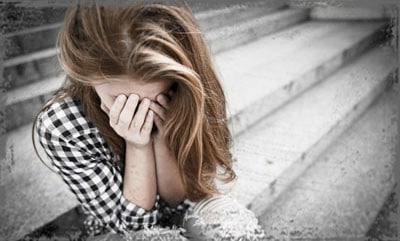 I was 18 years old when I’d only been dating my then – boyfriend for a year. We’d used condoms each time we had sex, until one night he asked me one question; “Are you afraid to go without one?” In the heat of the moment, already in position, I said “no.” Ever since then, he never wanted to wear them again; he said he couldn’t feel anything with it. Sometimes I didn’t want to be intimate in that matter, but somehow he persuaded me and I wasn’t on birth control. One day, my period was late and I called him. I’d never been late before so all I told him is that I needed to tell him something when I saw him. When we were together face to face, I told him that I’d missed my period. He said he thought I might call him and then asked me if I thought I was pregnant. I told him that I didn’t know. We went to a local drugstore and picked up a pregnancy test. As I took the test awaiting the results, the display read, “positive.” I was numb and couldn’t process the reality. He asked me what I wanted to do. My numbness turning into confusion and thinking about how disappointed my mother would be, I told him that I couldn’t have the baby. We took a drive to see my cousin, which was his friend and he told him that I was pregnant. The first thing he asked me was if I was 18 and if I wanted to get rid of it. My emotions were drastically changing and fear was rushing in. I told him yes.

I kept thinking about my babies and praying for forgiveness. I kept thinking that I was a horrible person as I replayed the thought in my head that I killed my children. I took my mother’s grand babies away. There are women who can’t even have children. I had no peace. I still couldn’t forgive myself even though God had. I’d repented of my sin as I was on my knees in tears for God to forgive me. Yet, memories were still there. Several years later, I felt like I needed to share my story with another close relative, afterward, I felt more relief. I almost felt free. I joined a Christian group to prepare for future marriage and did a challenge developed to break cycles. I decided to break the cycle of feeling guilt and shame for my abortions. The 1st day I did a fast and each day of the challenge I was able to overcome a new thing. I kept praying and by a certain date, I was freed.

My abortion story at 17