My Abortion Story at 17 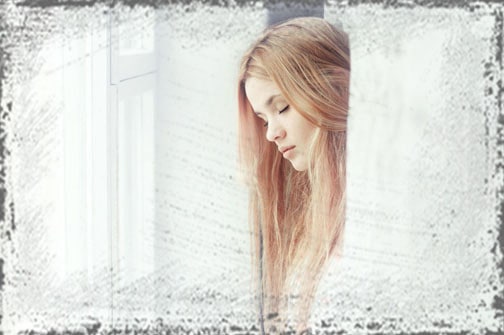 I was 17, and I was a vulnerable girl thinking that she needed a boyfriend. So I was with the wrong boy. Very immature and really only after one thing. Sex. I wasn’t ready. I always thought that I would save my virginity for my wedding night. But I caved and consented to keep him interested.

Shortly after I made an appointment with an OBGYN to get onto birth control. As is customary they did a pregnancy test on me, which came back negative. After talking with the doctor we decided to give the depo-provera injection. The depo shot gives you three months of medicine during which you have no period.

So I was about a month and a half into my second dose, and I had been having some health problems. I had an appointment with my primary physician and due to being on depo pregnancy never came up. My doctors’ prognosis was that my gallbladder needed to be removed. As a pre-surgery procedure they brought me in to have an ultrasound of my gallbladder, only my gallbladder wasn’t where it was supposed to be. So the technician started to look around, which is when she found the little baby inside of me.

I was instantly overcome by so many emotions all at once; joy because I always couldn’t wait to become a mom (the correct way), anger because the boy lost interest in me even though I had sex with him and now I was pregnant with his child, fear because I haven’t even graduated high school yet, and so many more, but most of all dread because I knew my parents were going to kill me.

When she got home from work that night my parents and I sat down and they told me that I was going to have an abortion or I was going to find somewhere else to live. My family had always been very tight, so this hit me like a ton of bricks. Being that I was so far along I had to think fast, as it was there were only a couple clinics in the state that would do a late term abortion at the gestational age I was at, and in less than two weeks even that chance would be gone. With no job, and very little money I knew that there was no real choice, so I agreed to the abortion.

The closest clinic that would do the procedure was still over an hour away so my dad drove me to the clinic. I remember seeing some people at the front of the building protesting the clinic’s work and it made me feel horrible. We entered in the back of the clinic and checked in. After signing consent forms and filling out some paperwork they took me back for another ultrasound and some other lab work. They then informed me that due to how far along I was the abortion would be a three day process, and that I had to be sure this was what I wanted because once they started, there was no going back.

I told them that I was sure and they got started. The first step was to insert several medicated “sticks” into my vaginal canal to start the dilation process. Then they said I was free to go, and to come back the next day. For convenience my father got a hotel room for me to stay up there, and my sister stayed with me. I cried a little bit before I fell asleep that night.

The next day my sister took me back to the clinic where they removed the older pads and put in news ones and more of them. They told me that I would probably have some pretty bad cramps that night and sent us on our way. They were right. They were worse than any menstrual cramps they brought me to tears. I cried myself to sleep that night.

The next morning we went back in to the clinic for the last time. I checked in, they had me undress and they put me to sleep. When I woke up I was no longer pregnant. They had me get dressed and they sent me home.

It was a lot harder to do than I thought it would be. I ended up having to go to therapy for a while. It took me quite some time to come to terms with what I did. I still have the ultrasound pictures. They remind me of the consequences of stupid decisions. And every November I think about how old my son would have turned. I think about what kind of child he could have become. I think about how different my life would have been. Would I still be where I am now with him? Would my parents have forgiven me? There are millions of what ifs. And so many regrets, but now as a parent myself, I am able to see that my parents had my best interest in mind. I know that as hard as it was for me to go through it, it was probably equally hard for them to make me go through it and also to have to watch me go through it.

I believe that abortion is a woman’s decision, but I do not believe that it should be used as a form of birth control. It is a bigger deal than you might initially think.

More Reading  My sister had an abortion |  Embryoscopy