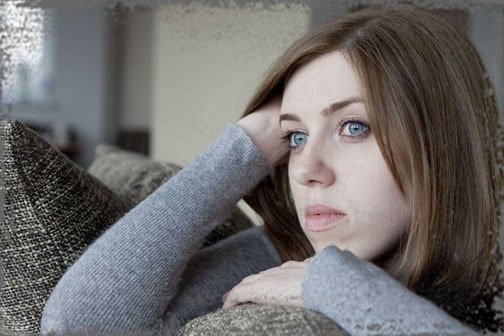 Dear Becky, I’m so encouraged and almost in tears by your site. Reading everyone’s stories and just wishing that something like this was around when I was in high school. Here is my story.

I met my first boyfriend when I was 15 years old and I was a hopeless romantic. I had this dream that I would marry my high school sweetheart and we would be happily ever after. But unfortunately for me, he wasn’t that kind of guy. He was one of those guys who loved virgins because he would be “clean” if he slept with them.

I did not have a clue that this was the way he operated, so I really believed that he loved me and I was going to make him love me back because we were really going to make it. It was especially hard because when I lost my virginity to him, I had lost my dream of saving it for marriage, so that made me even more determined to make him fall in love with me. Well, he ‘fell in love’ with me alright!!
He became obsessed and when I realized that the relationship wasn’t going to work and he didn’t want to lose me, he decided he’d put a hole in the condom the next time we had sex and get me pregnant so that he could keep me forever. Well, I got pregnant at 15, just 3 months after I had met him. I was so scared of telling my mom and disappointing her and I just tried to hide it. But she noticed that I wasn’t getting my period and finally asked me if I was pregnant. I told her the truth and she was very disappointed and afraid to tell the rest of my family because they all had big dreams for me to become a doctor one day and a baby would ‘ruin’ all these dreams and plans. So she decided that getting an abortion would be the best thing for me.

After much deliberation and fear of the future, I went with what I thought was perfectly okay to do, especially if my mom thought it was ok. My baby was over 4 months old when I went in because my boyfriend had kept stalling with the money in order for me to not have the abortion, so the baby grew and grew. My mom took me to the Midtown Clinic in Atlanta that was shut down for malpractice because women were getting really sick after having abortions there and the conditions were terrible. The year I went, the clinic had performed over 7000 abortions!!

I sat there in the waiting room feeling embarrassed because I was one of the youngest people there and I was terribly scared at the same time, not really knowing why I felt badly inside if this was “okay and normal” to do. I heard women talking about this being their fifth and sixth abortion, and talking about it like it was just the normal thing to do nowadays. Totally in disbelief and confused at the same time, I stayed until it was my turn.

My baby turned out to be older than I originally thought, so they had to do a different procedure which included inserting a laminaria in my cervix in order to dialate me so that the baby’s head would fit.

The ‘doctor’ said that once they inserted the laminaria, that there was no turning back. So they went ahead and inserted it while I waited for my mom to come back from the bank. (She had to get more money because it would cost more) The laminaria gave me terrible cramps, and right in the midst of the cramps, I felt my baby move. She was moving so much, that I started to panic because I just knew in my heart that if I was in pain that she was in pain too. I must have sat there for about 3 hours experiencing what I have to say would be the worst thing I can ever remember in my whole life.

When they brought me into the operating room, the ‘doctor’ asked me why I was crying, I told him because I thought that the baby was probably hurting. The doctor spread my legs violently as I was drifting away with the anesthesia, and he said, “Maybe next time you’ll learn to keep your legs shut”.

Next thing I knew, I woke up sitting on this chair in a small lobby, in a pool of my own blood. It was everywhere, dripping down my legs, on the chair, on my gown, on my hands… I didn’t know where I was or what had happened, but all I thought of was that I was sitting on the blood of my baby.

I type this with tears in my eyes because I know that that day was the day that I walked out with my baby’s blood on my body, death in my womb and emptiness in my heart beyond anything I could’ve ever imagined. I was sick for about 3 months after that, with continuous pain and bleeding. Apparently I was one of the women that they screwed up on, and my doctor didn’t want to help me because he was disgusted with what I had done. So I had to find another doctor. I became suicidal and numb to life and to everything around me. My grades at school went from straight A’s to straight U’s in 6 weeks. My mom had to take me to a therapist because I couldn’t even function at school. I would spend my days in the counselor’s office, crying and overcome with depression.

My boyfriend at the time, the baby’s father, (who had dumped me because he didn’t want me to get an abortion) he went crazy too and he came to my house about 4 months later and raped me to get me back for killing his baby. I thought he wanted to come over to talk to me and instead, he pulled me into the back yard and raped me there, saying, “this is what you get for killing my baby, I hope you’re pregnant again.” And again, I got pregnant. I didn’t tell my mom the truth about the rape because I felt that I deserved it because I knew he was right. This time being numb to everything that had happened, I had a second abortion. My mom took me to a Planned Parenthood clinic in Roswell. They were so nice to me there and treated me really well. They didn’t make me feel like I was again committing the most terrible thing I could ever do.

But when I left there, I became suicidal again… My mother had to take me to a second therapist because I pretty much went crazy. After high school I became really promiscuous because I had lost all self-respect and honor. I also felt that for sure, God would never forgive me for killing my own babies. So, I decided that if I just didn’t believe in God, that I wouldn’t need His forgiveness. I disowned the faith that I had grown up in and decided to prove to everyone and especially to myself that God was a fairy tale and that we really don’t need Him. I got heavily involved in drugs, smoking and partying.

All until I met a friend whose parents sent to Youth With a Mission and left him there and told him that he would get saved whether he liked it or not. He eventually got saved and one thing led to the other and without him knowing, he led me to the Lord and I was able to believe in God again.

It has taken years for me to get over the abortions I had. I am now happily married to a wonderful man who loves me in spite of my past and who looks forward to being a parent with me. But sometimes I fear that I will not be able to have babies because of the damage I suffered during the first abortion. I often think of what my babies would’ve looked like. I think the first one was a girl; I had named her Adrianne and written her many letters asking her to forgive me. And I think my second one was a boy, and I named him Malachi. Adrianne would be 12 today and Malachi would be 11. I think of all the birthdays I’ve missed, all the Mother’s Days, all the Christmases, the first days of school, taking them to church and teaching them how to be wonderful adults.

Now I want to finish school and become a midwife. I want to bring life into the world and I want to help women feel good about the tiny lives they are carrying inside of them. I also cannot wait to feel the joy of finding out that I’m pregnant and give my baby everything that I couldn’t give my Adrianne and my Malachi.

Getting pregnant as a teenager was definitely awful, but what made it unbearable was making the choice that I could never take back and living with the regret of it forever.

I’m Lisa and I help Becky on the site. Wow! How my heart ached when I read your story! It did bring back memories. Memories of pain and the agony of the lonely isolated feeling that I had as I sat even in the church pew. Thinking I was the only one. I also had no idea as the the degree of pain my heart was enduring. The level of grief I had not yet allowed myself to express or experience. Now I know. And I do also believe that I will see my babies in heaven one day.

Firstly – here is a site where you can go and contact one of these places to see if they offer the “Forgiven and Set Free” study. This is an amazing and wonderful tool of healing. I can’t say enough nice things about it. If you can’t locate anything near you – here is a link where you can actually buy the book.

And lastly – here is a link to my story. I hope that reading my story will show you how you are truly not alone and you never will be. We are always here … just a keystroke away. OK?
Thank you for your e-mail. Please e-mail us any time.