You Can Love Him Now 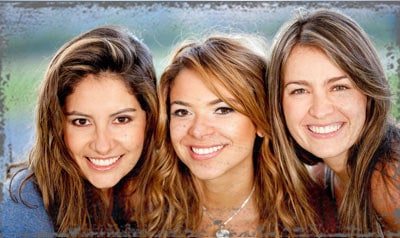 I recently had a bout with Lyme disease.  I was visiting my best friend in California and we decided to go hiking in the woods.  Later that night I discovered that I had been bitten by a tick.  About two weeks later I came down with some really weird symptoms so I went to see the doctor right away.  He put me on heavy doses of medication and referred me to see a specialist.  When I saw the specialist he asked me if there was a possibility that I could have syphilis.  He was asking because Lyme disease and syphilis look very similar.

I answered him with my normal bluntness, “I’ve never had sex before so there is no possible way that I could have syphilis.”  He looked at me and looked down at my chart and said: “You’re 27 and you’ve never had sex before?”  His voice was replete with condescension.  He treated me like I was some type of social leper because I have not had sex – like there must me something wrong with me.  He then told me he did not know of anyone my age who had never had sex before.  I told him: “That’s funny because all of my friends are virgins too!”

How could this doctor be so out of touch?  The joke was on him; he was the fool not me!  For starters, yes, there are plenty of people my age who have not had sex.  It’s not something you HAVE to do.  There is something called self-control.  Not only that, my life is free of worry from a pregnancy scare or a sexually transmitted disease.  I have decided to make the healthiest and the wisest choices with my life, and he treats me as though I must have some problem because I have never had sex before?  Seriously?!

The truth of the matter is “safe sex” is the biggest lie being propagated to women.  There is no such thing as “safe sex”.  If you have sex and are on birth control or use a condom or use them in combination, you can still get pregnant.  Whenever you have sex you can get pregnant.  There is no amount of precaution or protection in the world that can ensure that you will not become pregnant.  Look, the total change in CO2 that is leading to world wide panic over global warming is 0.015% (from oneclimate.net).  The best “pregnancy protection” methods in the world claim to be 300 times worse than that for average young women, with about a 5% failure rate.  Compared to any other measure you want to look at concerning your health (water quality, food purity, pharmaceutical effectiveness, anything) these “birth control” methods are a disaster waiting to happen.

Example?  Condoms generally only reduce your risk for sexually transmitted diseases by 50% over 10 years of sex.  50%!  That is like putting a six chambered gun to your head that contains three bullets.  Why would anyone do that?!  Why would anyone have sex with a condom and think that they are protected?

The truth of the matter is widely present diseases like HPV (which is in epidemic proportions in the United States right now), syphilis, and herpes are all transmitted through bodily fluids and skin-to-skin contact.  So you don’t even have to have all out sex with someone to get it.  If your genital area comes into contact with someone else’s who has one of these diseases you can contract it.  Why would I be so foolish as to put my life and my reproductive health in danger?

I am waiting for marriage to have sex.  There is no better feeling than knowing that the intimacy you share with the love of your life – your husband, has not been given away or shared with anyone else.  The temporary wait is hard but the payout is awesome and will last a lifetime.  Who won’t want to give themselves and their future husband the very best?  Even though I have no idea who my husband is I can start by loving him even now, even when I don’t know him.