You Can Get Through It 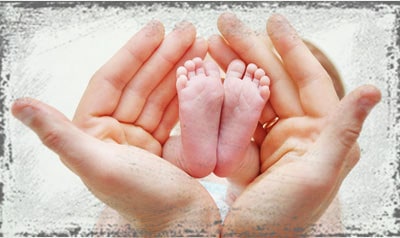 Dear Becky.
I am writing to you as I hope that my story can be shared with all at SUG and hopefully will help other girls who are torn between choosing life and abortion.  I was 21 and had been with my boyfriend for 3 years when I found out I was pregnant in December 2007. My initial reaction was shock, as I was, at the time, a college student, with 6 months left until graduation. My boyfriend’s reaction was also shock, as we had always used contraception.

However, we were also very happy as we loved (and still love) each other very much, and so decided that we would keep our baby.

Later that day we told his parents of our situation. To say that they were displeased is an understatement. His father started hollering at us, and asked whether we were keeping the baby or “dealing with it”, as he chose to put it. When we said that we were choosing to keep our baby he went totally mad, all directed at me, saying that I was selfish and that I was messing up his son’s life etc. He said it would be a simple procedure, it would only take a few minutes, and then everything would go back to how it was before, and that I would know nothing about it! His mom wasn’t quite so bad, she just said she was disappointed in us, and that she was sad about all the “couple things” we would miss out on by becoming parents.

However, as my boyfriends father rules in his house, his opinion stood, and he decided that if I kept the baby, I would no longer be welcome in his home, nor would my boyfriend, and he would have to move out. Not once was my college education mentioned.

Because of this, we decided that an abortion would be the lesser of two evils, so to put it, in our situation. The day we went to the clinic I cried and cried. When they called my name, I went with the nurse, for my dating scan, as I had no idea how far along I was. I wasn’t looking at the screen, but when she said that I was expecting twins, my heart stopped. She asked if I was ok and I said I was. She asked if I wanted to continue the procedure and I did. As the nurse was prepping me for the theatre, I suddenly felt I had to get out. I told the nurse who was putting the needle in my arm to stop as I wasn’t going through the procedure, and she said are you sure. I said yes and she actually hugged me and said “you will not regret this”.

I wont pretend we had an easy time from his family, but they came around to the idea of being grandparents. My Pop was also very supportive.

The pregnancy itself went as well as it could be considering I was in college, with everyone looking and talking about me, as if I was the first pregnant person they had ever seen. I graduated when I was 29 weeks pregnant.

The trouble started when I went for my 32 week checkup. I was told that I had severe pre eclampsia, and that I was being admitted to hospital for monitering as the babies heartbeats were very slow and they seemed very small for their gestational age. As you can imagine, I was terrified.

19 hours later, I was being wheeled down to theatre for an emergency c-section. I had a little boy named Alfie, weighing 2lbs 120z and measuring 12 iches, and a little girl named Olivia weighing 1lb 5oz and measuring 11 inches. They both had severe problems with breathing, and others, and sadly Olivia passed away 5 hours later inside her incubator. I hadnt even seen her apart from a 5 second glance when they lifted her out of me as she was so sick they took her straight to the neonatal intensive care unit, and I was too sick to go there. I did get to hold her and dress her later, though it broke my heart.

Alfie howver, stayed in the neonatal intensive care unit for 9 weeks until he was allowed home. He is now a happy, healthy 9 month old boy.

I truly believe that it was my faith in the Lord Jesus Christ that helped me through all the immensely difficult times. He was there giving me strength when I found out I was pregnant. He was there giving me strength when we told our families, and was definitely there in the clinic room telling me that an abortion was not the way to go for me and to choose life. I also know that He was there with me in the delivery suite, and was there when my beautiful Olivia was taken from me, and helped Alfie fight for his life.

I guess I am writing to you all to let you know that no matter how hard the situation appears, you CAN get through it and you will, all you need is Gods love and he will help you to be a Stand Up Girl, he helped me and I am so glad I chose life.

Thank you for taking the time to read this.

Jamie – my name is Lisa and I help Becky at the Stand Up Girl website
with some of her e-mails.

Oh my goodness!  Your e-mail is one of the most amazing stories that
totally clinches your heart right away.  When you chose differently – I
think I literally let out a breath of relief!

What a beautiful story you have Jamie!  A story of life and a story of
God.  A true Stand Up Girl story!

Jamie, your story will truly minister to many hearts!

Thank you so much for sharing your amazing story.  I’m so proud of you!