You Can Do It On Your Own! 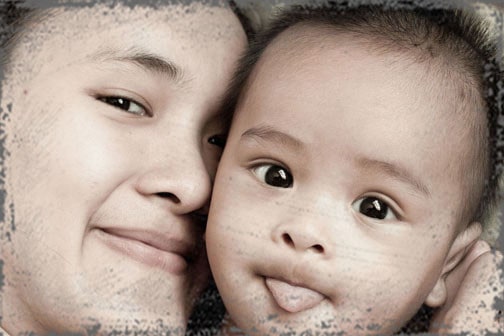 I found out I was pregnant when I was 16 years old going into my senior year of high school. I couldn’t even believe it was true because I have always made sure we used protection but like the doctors said, “accidents happen.” I decided to keep my baby-I had lots of experience with babies so I figured if I knew I could do it then it wouldn’t be fair to my son to have an abortion or give him up for adoption. But choosing that option made my parents kick me out and send me to a maternity home in a whole different part of town which wasn’t too bad at first but I ended up being there 7 long months. Telling the dad changed my life more than I could have imagined.

His response was denial. “That’s not my baby I want a test and until then you wont hear from me.” We only dated a couple of weeks and had a really bad breakup so I kind of figured his response to be along the lines of that. A couple months later he called me randomly saying he wanted to be there for his son and come up to where I was staying and see me and come discuss everything. He also wanted me to catch him up and send him ultrasounds, etc. I figured this was a really good thing, maybe my baby would have his dad in his life. After that phone call I didn’t hear from Jordan (the dad) again until I was over 9 months pregnant. Again, he called me randomly and asked to come up so we could discuss the plan once the baby comes since I was so close to my due date but his only thing was that he wouldn’t come unless he could bring his girlfriend so I reluctantly said yes. When he came up everything seemed cool, we discussed the plan and I just said Id text him once I was in labor. April 23rd my water broke, I was in labor 21 hours and had my baby boy the morning of the 24th. Jordan knew I was in labor and was excited when I texted him a picture after I had my baby. He was going to come to the hospital after work. I was in the hospital for 3 days and come day 3 my baby still didn’t have a name. Jordan didn’t like my choices and I didn’t like his. I figured since I went to every doctors appointment alone and he saw me once through that whole 9 months that I would just name the baby. I named him Cayden. Once I told Jordan he told me he wasn’t coming to the hospital because he hated that name. From there everything went downhill with him, we’ve gotten in many fights, harassment, and finally him denying Cayden. Cayden is now 2 months old and hes seen him once and that was only because his family didn’t tell him Cayden was going to be at their house. Jordan has also now gotten another girl pregnant and has already been to her ultrasounds. I filed for child support and hes reacting like he cares more about money than his own son. To this day I cannot understand how someone can treat his own flesh and blood so poorly. On the bright side I got a full time job, my GED, I left the maternity home and got my own place, and am starting college classes next fall. I also have the most beautiful baby boy and I’m so glad he cant understand whats going on right now. Even with the unbelievable situation im in and have been in I don’t regret my choice of keeping him. He makes everything better and hes already twice he man his dad is ever going to be. And the good thing about all of this is Cayden is a little mama’s boy and I love that! Stay strong girls, keeping my baby is the best thing I’ve ever done and if you’re baby’s dad is not involved you don’t need him! You can do it on your own and go to him years later and show off what a good job you did.