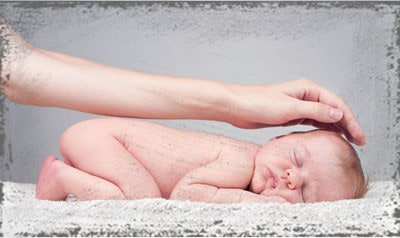 Hi, I was on your Facebook page and had gave a little of my story to the S.U.G status which a young lady needed help and got told to come here and give my FULL story! so here I am. For starters, I met the father of my children when I was 17, we had known each other for awhile before we got involved. Well we started dating and 3 months after dating I found out I was pregnant, I was scared, ashamed, mad at myself, pretty much any feeling you can think of! I took a pregnancy test, at the time my Boyfriend(husband now) didn’t have a phone so my only contact to him was through his friends. Finally I got a hold of him, I was in tears! he told me to calm down and what was wrong I straight up told him I’m pregnant. silence was on the other end of the phone. I asked are you going to leave me, a few minutes passed by and he said no of course I’m not going too I love you and a baby will just make it that much better. so after I had told him I moved on to telling my parents.

It is ALWAYS best to tell them upfront as soon as you find out! I handed my mom the test, she was very disappointed in me. she waited to get my blood work back to tell my dad once we got the blood work back she told my dad. My dad didn’t talk to me for a week and it broke my heart I’m a daddy’s girl. I love my daddy finally he sat me down saying look I still love you like I ALWAYS will but it just hurt me I thought you were better than that. I told him I know and I’m sorry. He said we will get through this me you and your mother, then he asked me about baby daddy I told him he wants to b involved and isn’t leaving me. He said he wanted to have a talk with him. I said okay. they had their talk and I don’t know what words were tossed around but my dad welcomed him into the family. We had school the next day, My boyfriend wanted to SHOUT IT TO THE WORLD as he said. As for me I was worried about my reputation I was only a Junior and still had another year of school left and I knew my reputation was ruined. people would look down on me. I told myself a situation is only what you make it to be. so when people were like Oh MY GOD shes pregnant whose the daddy and blah blah blah! I said YES I’M PREGNANT AND I’M NOT ASHAMED!!! If you don’t like it you can just bug off. I had lost a lot of friends once I found out I was pregnant. Well my boyfriend was joining the Marine Corps. they all said oh hes going to go and join the military and leave her. I didn’t let that get me down. On June 5th, 2009 I heard the heart beat for the first time I will NEVER forget that moment it was amazing, knowing I was caring something so innocent and so precious and I knew it LOVED ME NO MATTER WHAT whether I was a teen mom or not! on June 23 my boyfriend became my fiance! On July 12 I turned 18 years old, and on July 18, 2009 I married the love of my life. Aug 9th, 2009 we found out we were having a little boy and he was to be due on Dec 18th, 2009! I haven’t seen my husband tear up like he did on that day. On Aug 13th, I faced my high school as a Senior, 5 months pregnant and held my head high! not one rumor did i let get me down! between the shes married now, shes so young, shes knocked up and the names, I was not gonna let that ruin anything. on Oct 13th my husband left for the marine corps. On Nov 18th, 2009 I had our baby boy 6 lbs and 18″ long. He was born at 35 weeks and 5 days gestation. He was placed in the NICU (Neonatal Intensive Care Unit)he didn’t have a sucking reflux and was not eating properly so he had a tube put into his nose down to his stomach. My husband missed the birth but my family was there to support me. My water had broke and that was what sent me into labor. I was released but my baby boy was not. He got to come home 5 days after I was released. He left the hospital at 5 lbs and 6 oz. My husband wasn’t able to meet him til he was almost 7 weeks old. Now Hes a thriving 2 Year Old. 3 years later I am STILL married to the love of my life and we also have a little girl together. Also I would like to share I graduated AHEAD of my class and STILL got my diploma. Anything is Possible! YOU have to make it HAPPEN.