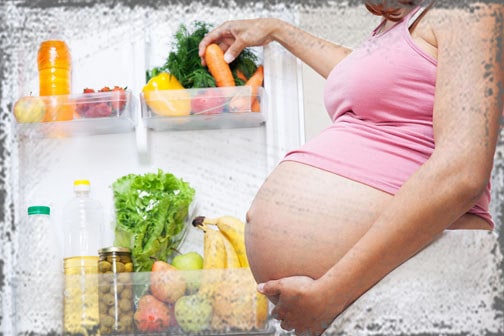 Dear Becky– Hi, I’m Becca. I’m 18. Last October (2005) I found out I was 6 weeks pregnant. I was terrified. I didn’t know how to react. I told Phil, my boyfriend. It was the most awkward phone call I had ever made. I felt I should have done it in person, but we live about 100 miles from each other most of the time, being he is at university, but he had to know.  After that it was telling our parents. My mum was very quiet. She barely spoke to anyone for an entire weekend. Dad, I think, blamed himself for not going to church anymore, he certainly started going to church again after that.

Phil’s parents reacted in a similar way to mum. Soon enough though they all came round. Overall, my younger brothers and Phil’s sisters and brother were quickest to come around. I was going to keep the baby, not because I particularly wanted it, but because I had been brought up in a strongly Christian family, and that my parents lost my older sister and my twin sister to ‘cot death’ and two babies after me to miscarriage. I knew that I couldn’t abort because it would cause mum especially to relive losing my other siblings.

At the start of my pregnancy, I dwelled a lot on the fact of the high ‘cot death’ and miscarriage rate my family had, and part of me prayed for a miscarriage. As time went on, I started to see the ‘thing’ inside me as a baby. a real life human being. How could I have wanted it dead?

I got a lot of pity at college, from staff and students. Only Phil, my closest friends and family knew that I actually was happy with the idea of becoming a mum.

In December I had my first scan. As soon as I saw my baby on the monitor I knew I had made the right decision keeping her. The pregnancy progressed normal according to my midwife. I’d even put the high infant mortality rate in my family from my mind. I followed the advice I was given on diet and on exercise and generally kept myself healthy.
Then in January 2006, just after my exams finished, I started to have bleeding. I then started having really severe cramps. at about 10 o clock on the 15th of January Phil decided to call an ambulance. I was rushed to hospital and miscarried later that night.

Yesterday was the 2 month anniversary of the miscarriage. It has been really hard just keeping on with my life in the last 2 months. My family, friends and Phil have been really supportive. I admit, I still feel guilty, usually when I’m alone. I feel that my wishes in early pregnancy were answered. The wishes that I made in fear.
I have been on Stand Up Girl several times since November when my friend recommended it to me. I have read the stories, and realized that life hasn’t ended. I joined today, so I could tell my story to others. I will never forget my unborn child, but I can’t mourn her forever either.

Dear Becca — hi. I’m Lisa from the Stand Up Girl website and reading your e-mail I had to cover my mouth hoping not to read what I read. I’m so very sorry for your loss and I know your heart hurts for this great loss.

Today Becca – I want you to know that, though those thoughts of miscarriage may have gone through your head – it’s a normal fearful thing to think crazy things while you are pregnant. I, unfortunately and very tragically, chose abortion. Becca – you chose life. You are a Stand Up Girl, Becca, and the fear that you had was normal. Don’t beat yourself up with it. Just remember that the Lord loves you and your baby is in the arms of Jesus knowing only His love. OK?

I would recommend giving your precious little baby a name and it is perfectly healthy to grieve the loss of your baby. This way … you go through the process. Don’t hold it in. Give it to Jesus.

Thank you for sharing your story with me. Take care of yourself.