Who Would Ever Terminate? 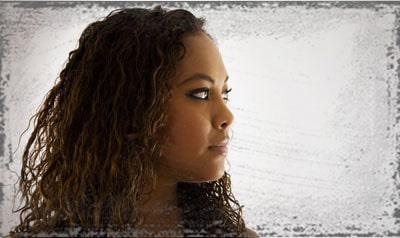 What?!? Who would ever terminate a planned pregnancy? Yet that is exactly what I did.

At age 25 I was duped into marrying a narcissist!! He fit all of the characteristics, primarily:
• Demands subservience from others (especially those who live with him or her)
• Critical of others
• Dishonest, a master of disguise and can lie very convincingly.
Living with a narcissist is forever living with criticism, self-doubt, fear, and a loss of friends and even family members. I went from being a popular student, and a confident and successful business woman, to someone who doubted everything I did. I lived in constant fear that I would do something to set off my husband’s emotional, verbal, physical and the worst of all – psychological abuse.

In 2004, after selling my thriving business, I was forced to work with him in his business failure. We had tried to conceive for nine months, and were fighting non-stop. We’d had seven major arguments in eight days, culminating in him screaming at me. I’d had it, I was done!!! Before booking my flight to my parent’s home in Wyoming I took a pregnancy test, and it was negative. “Thank God”, I thought.

My family told me how much they hated him, and wanted me back home. But, I chose to go back to Portland. Once there, I had an overwhelming feeling come over me, and I knew I needed to take another pregnancy test. This time it was positive, and it could only be his baby. I could not let him treat another human being as he had treated me. I immediately went to Google and typed, “Portland abortion clinic”. I called three, and chose the one that was least likely to be picketed. Five days later I was there alone, having told only my mom. The one thing I remember is her immediately telling me, “Get rid of it”. I was shocked! I had grown up in a Christian home, harshly judging the girls who had abortions in high school. Yet there I was, absolutely numb. I explained to the nurse that I had wanted a baby, that I was married, but separated from the father and wanted to terminate the pregnancy. I was stone cold, even during the ultrasound. There was no counseling, no mention of the emotional repercussions of my decision that day, no mention of the guilt, shame and remorse that I still feel years later!

Shortly thereafter, I went back to my husband, believing that no one else would love me. Nine months later I was hospitalized after a nervous breakdown, diagnosed with a mental illness. I left him again, only to return and get pregnant four months later. I was hospitalized a second time while I was pregnant. I was advised by numerous doctors, lawyers, friends and family members to have another abortion. They said my mind and body would be put under too much stress and trauma. But instead, I was a “StandUpGirl”; I said, “No, you have NO IDEA what stress and trauma I went through after my abortion. I will never do that again”!! Now I’m trying to encourage other “StandUpGirls” to do the same!

Thankfully God gave me another chance. My daughter’s name means “Devoted to God”. He already holds one of my children in his hands daily. I am blessed to be a steward of the second, directing her daily to do His will.