What About Birth Control? 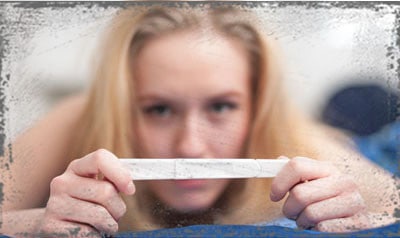 You may have heard the term abortifacient mentioned in the news in conjunction with the Supreme Court’s ruling in the Hobby Lobby case.  Many are unaware of what an abortifacient is and how it works.  Even more are unaware that the issue of abortifacients affects them personally.  Some types birth control that are prescribed are actually abortifacients.

An abortifacient is a drug or a device that can be used to cause an abortion, in most cases an early abortion.  Regular hormonal contraceptives, or birth control pills, that you might get from your doctor have three primary ways of working.  (You can find this on the package insert for the birth control.)  The way in which it works depends on many factors, and the woman taking the medication does not know how it will work in her body.

The first way hormonal contraception can work is by preventing ovulation.  Ovulation is when the egg is released from the ovary.  The medication tells the woman’s pituitary gland, which in turn tells the ovary, to not release an egg.  If there is no egg released, there cannot be pregnancy if the woman has sex.  Another way that birth control can work is by thickening the woman’s cervical mucus.  With thickened cervical mucus the sperm can become trapped and unable to reach the egg if she has had sex.  The last way that birth control may work is as an abortifacient.  If the sperm and the egg come together, a new, very small life is formed.  The new life travels to the woman’s uterus, where it would normally implant in the lining of the uterus.  Birth control, though, thins the lining of the uterus, which can, in turn, not allow the new life to implant, causing it to die.  This is a very early abortion.

An abortion happening this early cannot be detected by the woman.  Moreover, because this type of abortion is not detectable, it is difficult to know how often this happens.  Many people mistakenly think that since the baby is really, really small at this point, he or she is not a human being.  The truth, though, is that no matter how small the baby is, he or she is always a human being and size has no bearing on humanness.

Most who take birth control don’t realize how much is at stake in their decision.  Even with birth control, pregnancy cannot be completely avoided.  Birth control is simply risk reduction and not risk elimination.  The best and only way to avoid pregnancy completely is to not have sex.  Saying no to your boyfriend is hard, but if you are in a loving relationship, he will honor and value your decision to not have sex.