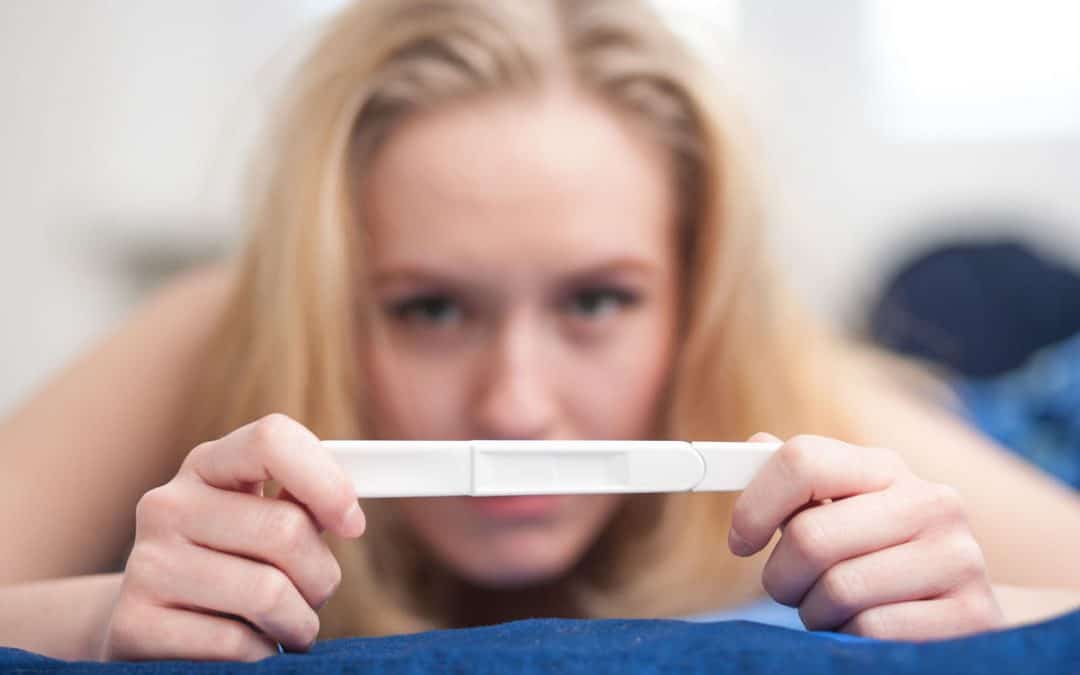 I stared at the 2 pink lines for at least half an hour, I was completely shell-shocked. I had broken up with my boyfriend about a month ago. When I told him he wanted me to have an abortion. When I said I wouldn’t he called me every name under the sun, and threatened to leave the country so that I would not be able to pursue him for child support. I had just turned 21. I was working in Europe, far away from family and friends, but I knew that I could not abort my baby. Not because I was religious but because I had accidentally seen an endoscopic video of an abortion when I was about ten years old. I was watching the baby move around, and then I saw the sharp instruments come in and violently tear it apart. I was shocked. “Why would anyone do that?” I asked my mom, “couldn’t they just give the baby up for adoption?” Anyhow that is what I decided to do.

I lost my job the monday after I found out I was pregnant. I had been temping, and I asked for time off for a prenatal appointment, and I told my boss why. She said “actually I think things weren’t really working out anyways” and gave me one week’s notice. I was not protected by unfair dismissal laws because I was only a temp. Many of my friends said they would get an abortion in my situation. They said, “it’s just a dot, it’s only a lump of cells. You’re so brave, I know I wouldn’t go through with it” I replied to them, “how would killing my baby get me my job back?” On monday I lost my job and sent out my resume, on tuesday I got a phone call for an interview for a job that I had applied for 5 months ago, a job that I really wanted, but had given up on ever hearing back from. Thursday I had the job interview, and the monday right after that I started in my new job. I think that the timing is proof that someone was watching out for me.

All that said, when I was about 4 months pregnant I started to think of this beautiful baby growing up and calling someone else “mom” and it broke my heart. I decided to keep her and raise her myself. If those welfare moms could do it, why couldn’t I?

My 5 month old baby has brought more happiness into my life than clubbing, and drinking possibly could. All the things I had to give up for her are things I am better off without. She has given a meaning to my life, and a drive to succeed, because I want to provide for her and give her the best life I can. I am more disciplined than I ever was, and I have this clarity, I know exactly what I want from life now, and I have the strength to do it. Whereas before I was just partying, and bored with partying at that, it seemed a bit empty at the time, and it seems emptier now. To see her face light up with a smile when she sees me makes me so happy.

I only feel sad for women who are pushed into an abortion, who are told “it’s only a dot, it’s only a lump of cells”

What a beautiful story! You stood up and chose to have your baby despite what anyone around you was saying. Your eyes were opened to the truth at ten years old. You saw what abortion really was, and you saw clearly that that was a baby, not a blob of tissue that was being torn apart. It’s shocking and horrible… there’s no two ways about it. Girls need to be shown the truth. They need to be fully informed, and they aren’t. Abortion providers figure the less girls know, the better. That is the only way they can keep their business going. You stumbled upon the truth by accident, thank goodness, and now you are helping expose that truth by sharing your personal experience. Thank you.

You probably thought things were going to fall apart, and your life was going to be ruined by being pregnant and having a baby. A lot of girls think that. They think they are going to have to give up on everything they ever wanted in life. The really cool this is that you ended up with an even better job, and a more fulfilling life! You are being rewarded for all the sacrifices you have made. That is so awesome! You are doing a wonderful thing. Keep up the good work!