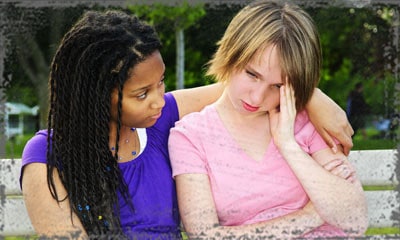 My friend was inconsolable. All she kept saying was, “That boy’s mother, that boy’s mother.” I couldn’t imagine how his mother would take the news. It was such a senseless way to die. I’m sure her pain was beyond anything I could imagine. This was her child, her son, and suddenly on this warm, beautiful Sunday afternoon, he was dead.

We found out later that night the boy’s mother had to take sedatives to fall asleep. I thought about the misery she would be in after they wore off. Her first thoughts on the verge of consciousness would be peaceful and rested, followed by fog and confusion as her brain started reminding her of her son; finally she would be faced with full-on reality all over again. The horror, I imagined, would be similar to standing in the middle of a dark, country, road and suddenly realizing that there is a truck with blaring headlights bearing down on you at full speed. It didn’t really happen. It must have been a dream, she would think, squeezing her eyes shut against the horrible truth.

Prior to my friend bursting in the door, we had been having a conversation about abortion. I realized that going through an abortion must be just as painful as losing a child. Women must feel the same as this boy’s mother, having their children violently torn from them forever. What must it be like to slowly come out from under the anesthesia in the recovery room after an abortion, with florescent lights bearing down on you, and realizing that what just happened was not a dream, but reality.

I suddenly had so much compassion for those women who wake up and have no one, not even a boyfriend to hold their hand after an abortion procedure. I found out later, the boy’s mother immediately had people come to her aid. Her family, neighbors, friends, and coworkers were there waiting to do anything they could to help and console her. They put their arms around her, cried with her, and prayed with her. But what, I thought, about the women who have their abortion in secret and wake up all alone? What if it were me regaining consciousness and my brain beginning to remind me of what happened. I could feel the cold, numbness of fear and shame move all the way down my spine. Just like this boy’s mother I, too, would battle thoughts that say, if I had only done this differently or changed that I would never be in this situation.

I remember talking with a man who pressured his girlfriend into having an abortion 30 years ago. He had not told anyone. In fact, I was the first person with whom he had ever shared his story. He said the pain was too. He said he could not look at his grandchild without thinking about the son or daughter that he no longer had, the son or daughter for whom his heart had ached for over 30 years. This was a revelation to me. Men suffer just the same as women do. It is as much their child as it is the woman’s. How horrible it would be to keep this locked inside for 30 years! I realized the oppressive weight this man carried is not uncommon. A lot of people experiencing this pain try to keep it a secret. I’m sure there have been people who have had abortions and told no one at all, keeping it hidden until they died.

The good news is – there is hope. Men and women don’t have to suffer alone for fear of judgment and condemnation. There are support groups waiting to help that will never judge or let the secret out. There are people that have gone through the same experience and have had the same feelings and reactions. What a comfort it must be to know that you are not the only one in history to feel this way; that there are others who have been in your shoes or who are in your shoes right now. There are people who want to put their arm around you and sit with you.

As I sat there, trying to think up something wise to say that would help my friend, I realized I didn’t need to say anything at all. The last thing she needed was a lecture about the carelessness of her grandson and his friends. That would have driven the knife deeper into her heart. In that moment all she needed was someone to be there for her, someone to sit with her who cared. That caring relationship, so much derided and manipulated in a cynical world, is still the greatest thing we can give one another.

Silently I moved my arm to put it on her shoulder. This one gesture said more than the thousands of wise words I was rehearsing in my head. With that one simple gesture she knew what I was trying to say. We were surrounded by silence, but it was the most comfortable silence I have ever experienced. I thought to myself, this must be how those who have experienced abortion would want to be treated.