I Had A Secret Abortion At 18 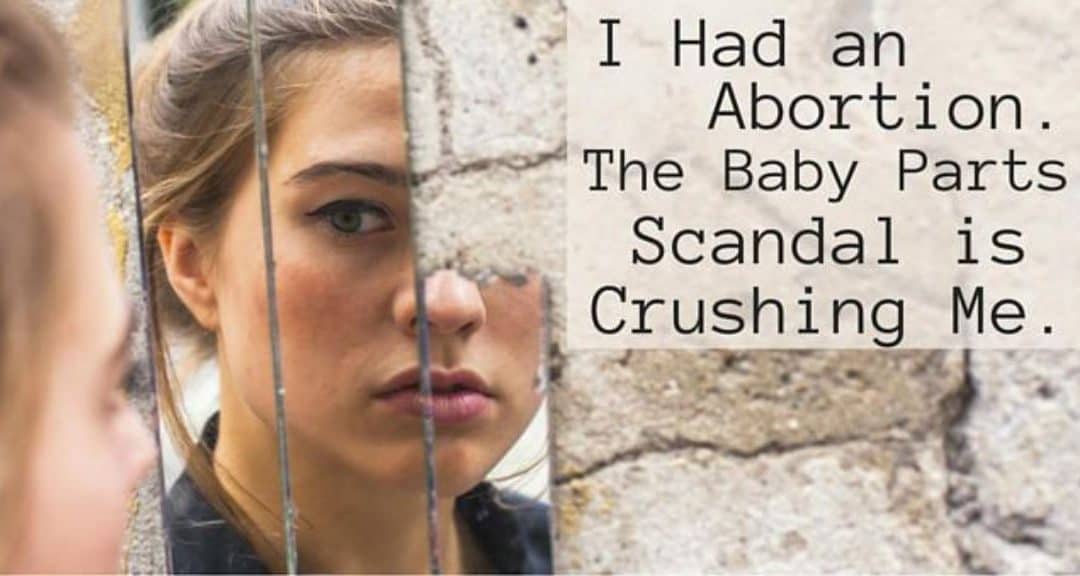 Those who know me already or read my blog, know I had a secret abortion at age 18. But for those of you who don’t know me, let me give you a little background.

My life got turned upside down and I was angry and wounded. In spite of this, I held on to my Christian beliefs.

I wanted to be a virgin when I married and held pro-life views, taking every opportunity to bring awareness to the travesty of abortion by writing papers, giving speeches and participating in local pro-life rallies.

The summer before my junior year of high school I decided to move to Germany with my dad. It was an amazing experience but I made a lot of choices out of my insecurities and hurt instead of my moral compass. I abandoned my virginity commitment my senior year and discovered I was pregnant the summer after graduating. I was scared and afraid to admit I had turned from my purity standard. I took a Greyhound bus from my mom’s house in Ohio to Pennsylvania where my boyfriend’s family had relocated and went with him and his mom to have an abortion. I still remember every detail today, 19 years later. I then went to college in Texas and it wasn’t until I was alone in a new state that I lost it. I entered into a very deep depression. My junior year of college I was introduced to a recovery group at a local Care Pregnancy Center and began the road to healing. God has walked with me through this journey and now I welcome any chance to walk with others who are suffering in pain due to an abortion.

In a post on my blog three weeks ago, I shared my two cents about Planned Parenthood in light of the videos that had come out exposing the money they make illegally selling fetal tissue etc. That post took me an extremely long time to write because I wanted to keep my emotions at bay and truthfully Planned Parenthood can get me emotionally charged unlike any other organization, and I don’t mean in a good way! As CMP (Center for Medical Progress) has now released several other videos since my post, I felt obligated to come back and share some bits of emotion.

My abortion not only violated my moral code as a girl who grew up pro-life but it wounded me. Thanks to a local Care Pregnancy center close to the TCU campus in Fort Worth, I was able to find healing in the midst of my college experience at Texas Christian University. I loved my experience in college and am so grateful for my degree in Communications, but it’s the healing I received in my junior year that is most treasured.

Don’t get me wrong— even though I know today I don’t live with the baggage of that choice, I still face hard emotions at times.  Sometimes the most obscure happening to cross my path can easily cause me to mourn my sweet Tyler, the name I knew was his.

It is and always will be my greatest regret!

I am hurt now by the realization that his body may have been further profited on and mutilated for the sake of science after I left that clinic.  That thought hurts me and I’m left wondering—am I the only one feeling this way?

Sure, I signed some papers before the procedure, but if you think for a moment I was in any state to do such a thing, you are wrong!  You can say all you want that women are giving permission but my guess is (and by guess I mean based on my years of counseling women who have experienced pain due to abortion), that if women really knew the doctor was working in a specific way to protect a kidney or brain matter to later sell to research, they would be running in an effort to protect their child!

These videos bring to light one more thing I must mourn. My poor baby was hurt and I not only let it happen, I agreed to it by signing the paperwork. Be mindful that there is a third of our population that has made this same choice and many of them may be mourning a new level of loss! In my opinion, Planned Parenthood must be stopped and replaced with a new non-profit that actually is pro-woman.