At Present, My Story 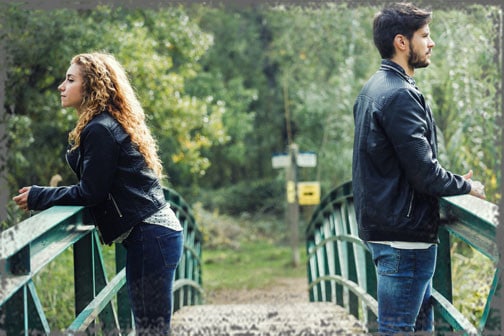 Today, in the present day, I am faced with the chance of pregnancy again. Once again, to a one night (or four day) stand. We met through my old blog (since deleted) and began emailing back and forth. Not small emails either, lengthy ones that are worthy of being parts of book chapters. We were interested in each other.

Three weeks go by and he tells me that he’s broken up with the girl he was seeing. Well, that was a shock. I didn’t know there was a girl in the first place. I just ruined a relationship, maybe for good. Two days later and he invites me to his house to meet him. I was working seven days a week at that point so I put it off another week, just until my contract ended.

We kept emailing. We added each other on Facebook. We kept talking, more and more frequently. I set a date that I was going to meet him.

I arrived at his house and I didn’t know what to expect. I was in a city that I didn’t know well, about to meet a man who I had met from my blog. This was not your average situation. Still, it felt as natural as breathing. We didn’t rush anything the first couple of hours that I was there…even though we wanted to. It wasn’t until later that night once we were truly comfortable and I had met everyone else in the house, that we began to pick things up. They were really good. It felt natural. Like a piece of the puzzle was being completed. There was this fire and spark between us that sizzled. I could feel it between us.

That was Wednesday night. I stayed there until late Saturday morning. We didn’t use condoms. He asked me if I was on the pill or injection and I said yes.

I’m 100% not. I don’t know what possessed me to say yes. I feel bad for lying to him now but in the moment, I didn’t think anything of it. What were the chances anyway?

Well, that’s what I thought until I started counting back the days. It had been exactly two weeks after my period had finished and I was technically in the “fertile period” of my cycle. Whoops. I lied. Double whoops. I never corrected myself. Triple whoops.

It has been fifteen days since I left his house. I am writing this on 23rd February 2014. I know it’s too early for anything but I keep thinking “what if” and that what if has me excited. Immature, I know.

I guess I should let y’all know about the lad situation too.

He’s 26 and from Argentina. I’m nineteen and a resident (by birth) of New Zealand. Although I felt comfortable and like something “clicked” when I was there, there was also something slightly off. I felt like little more than a best friend. He was (and is) a great person. I respect him…but I don’t think I could date him. Not now, anyway. He thinks the same thing. We’re “friends” but I have a feeling we won’t be speaking as much now.

As twisted as it is, despite the circumstances, a small part of me still wishes that I am pregnant. How messed up is that?