It Will Never Go Away 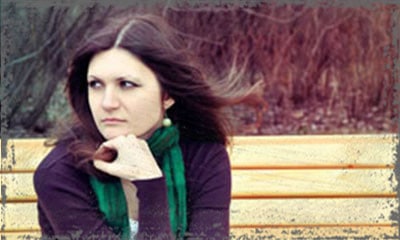 Dear Becky
I stumbled across this site when researching how long (gestation) it is legal to get an abortion in CA. I am a 45, almost 46 year old mom with 4 children. During a vulnerable time in my life when I was 19, I slept with a young man who had always had a crush on me. Because I was in a long term relationship with someone else at the time, I told him and then after a week or so, we made up and had sex. A few weeks later I realized I was pregnant and just knew it was not my boyfriends baby, so just wanting to be rid of it and all memory of a terrible time, I had an abortion. My boyfriend didn’t really ever forgive me even though he himself had not been faithful (another story), and so I lived with shame, pain and remorse. I was young and very un-informed. I went to the clinic where I was given a choice of a pain pill or a simple Tylenol. I took the Tylenol not understanding the pain I would endure. I was mortified as I lay there. It felt like my insides were being ripped out and no one told me it would hurt that bad! I had some bleeding problems after as I lay there on a cot in a room with other women who had just had the same procedure. No curtains, no privacy. As often happens, it may seem after that I would have learned (there are details I can’t go in to because it’s long),but I got pregnant again. This time it was my boyfriends for sure (sometimes I still wonder if the first baby was his too as no one helped me figure out how far a long I was). We had actually broken up and saw each other one last time. He didn’t stick around and I found myself pregnant and alone after a long relationship (we met when I was 13, he 14). So, I had a tough choice to make. My mom had passed away 2 years before and my dad was sick, so I knew I would have little support. I was a wreck. After much prayer and support from my sister, I decided to have my child. I have never, ever been sorry even though it was the hardest choice I ever had to make. I was scared to death. I never asked for child support as I felt it best that we go our own way. I supported my son and myself all by myself. When my son was 3, I married a man who is the only father he’s ever known. My husband not only fell in love with me, but also with my son. My son is now 22 years old and is a great athlete. He is just finishing up college on a sports scholarship. He’s a goal keeper. There was so much that came out of his birth- I can’t begin to tell the story here. But I just wanted to say that I would love to send my message to any young girl that needs encouragement out there. It can be done and here I sit 22 years later with 3 other children- I am blessed beyond measure! Don’t let the world tell you abortion is the answer. It never goes away. I think about the child I aborted often. I have made my peace with God and with my child. I still wonder what he or she would have looked like, who they would be now-25 years later. That will never go away….Thank you for this site…..Nina