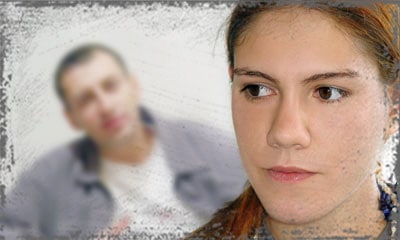 What Do New Year’s Resolutions and Marriage Have in Common?

During this time of year most people begin making resolutions to improve something in their life.  Many people start going to the gym, learning a foreign language, or begin a class.  Some people are able to successfully stick with their resolutions, but others are not.  In some ways marriage is similar to New Year’s resolutions.  Some couples are able to stick with it and others are not.  What is that makes these two things similar?  Commitment.

Very often I hear people objecting to marriage because it is “nothing but a piece of paper.”  But if it’s just a piece of paper, then why not get it?  To say that marriage is only paper is to seriously misunderstand what marriage is.  A marriage license isn’t just paper, it is a legally binding commitment that you will be faithful to the other until one of you dies.
A lot of people who are in a committed relationship feel that it is equal to marriage.  They argue that they have sworn that they will remain faithful to each other and that is just as good.  But what is backing their sworn commitment to one another?  Nothing.  This is why the piece of paper that most find so unimportant, really is so important.  When those who are unmarried hit tough times, it is easy to break your word when there is nothing in writing holding you to it.
Many people view cohabitation (living with your boyfriend before marriage) as “trying before you buy.”  In other words, cohabitation is a good way to see if marriage will work out.  On the surface, this seems like a really good idea; however, statistics show otherwise.  For example, The Centers for Disease Control reports that women who did not live with their husband first had a higher probability of their marriage surviving.   Further, couples living together who are not married and have a child together are about twice as likely as married couples to break up before their child turns twelve.
But the benefits of marriage do not end there.  Married women have a lower risk of experiencing domestic violence than women who are cohabiting or dating.   And married mothers have lower rates of depression than single and cohabiting mothers.
Oftentimes cohabitation is viewed as solely a private agreement between two people; however, it affects far more people than just those involved.  It involves children and society as a whole.  One report estimates that family fragmentation (meaning families who are separated by divorce or otherwise) costs taxpayers $112 billion annually.
Most assuredly, we all can think of people who have lived together and had everything turn out fine.  And we can also think of people who did everything the right way and still their marriage ended in divorce.  There are always exceptions to every rule and it is true that if you get married there is no guarantee that everything will turn out perfectly.  However, choosing marriage over cohabitation is like putting your best foot forward.  It means giving yourself the best opportunity to succeed.
Commitment is surprisingly important for relationships to be successful, and marriage is much, much more than a piece of paper.  If you are living with your boyfriend that does not mean that it is too late to consider marriage.  Your future is still unwritten and you can make choices today that will help you be a better person tomorrow.