My Story- from Me to You! 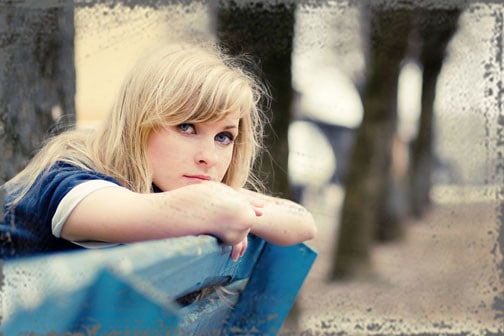 My story, not the short version, the long version. The version no-one knows except my boyfriend. So here goes…..Since I can remember i had always wanted a child- when i was a little girl growing up I wouldn’t be seen without my dollies and buggy. I have always wanted to be a mummy.  On the 29th September 2007, me and my boyfriend, Ryan got together. I knew we were right for each other right from the very beginning. After about a month we started having sex. We had conversation about what would happen if I fell pregnant, the answer was always the same- Never Abort, It Is Our Child.

At one point we were even looking at baby stuff cause I thought I was pregnant, I wasn’t though so we stopped looking. I was disappointment to be honest.

The 15th March 2008 was quite a normal day I went round Ry’s and that night we went to the cinema to see Juno. I was staying at his house that night, when we got back we had sex. No protection.

We went away on the 4th April 2008, for about 2 weeks, I bled on the 4th and thought that was my period- i was only bleeding for about 3 hours. I didn’t think anything of it. By the time we got back I still had not come on my period. Me and Ry were having some trouble and I asked him what would happen if I was pregnant. He told me to stop being so stupid I was pregnant. So I didn’t mention it again. We sorted out our troubles within a couple of days and were back to normal. Still no period. I assumed my body was just be silly- didn’t think anything of it. Just thought I was worrying to much as my GCSE’s were coming up, I was finishing school, I had to find somewhere to live, College was starting in September.

By the 20th May (5 days before my 16th), I  still had no period. I had missed April’s and May’s. So me and Ry decided to buy a pregnancy test the next day. We said we would go after school as we both had exams during the day. On the 21st when school had finished we both went to the pharmacy round the cornor and brought a Clear Blue pregnancy test. We went home, I went in the bathroom and pee’d on the stick. Went back into Ry’s bedroom and waited a minute. Pregnant– was what it said. Deep down I knew.

I was so excited. My time was here i thought. Ry was excited too. We wanted to shout it from the rough tops. I was so happy. We started planning things straight away- how we would cope as we didnt have jobs, what baby stu we would buy, what names we liked, what i was going to do about college, how to break the news to our families, how we would provide the best possible life for our child; our little baby that was growing in my belly. Things didnt go to plan, my great aunt died ealry june- my mum was realy close to her. I couldnt tell her now i thought, it will kill her. We told Ryan’s mum first, she was disappointed but told us she would stand by us whatever we chose and even heard us out about our plan and everything. The rest of his family didn’t take it so well but i knew they would come round.

I think it was the 18th or 19th June that i told my mum. I was on my own as Ry was at his house. She went mental saying that I couldn’t keep my baby, that it wasn’t even a baby, it was a thing, a bunch of cells, a mistake. No matter how much I begged her and how many tears ran down my ace she wouldn’t change her mind. She was so nasty, so horrible. She was on the phone to the doctors straight away finding out where I had to go, what I had to do.

She didn’t come with me to the doctors, to the consultation things, not even to the abortion.

On the 1st July 2008, my baby, my child died. No was murdered. I was 15 weeks and 3 days. I had to go to Bournemouth (an hour and half journey from my house) to have a surgical abortion. I was put in a small white room, all by myself. No one was allowed in with me. I was alone for 4 hours. They took me to a tiny white room where they put me to sleep and wheeled me into the operating theater. It was then my own child was murdered, on the Tuesday 1st July 2008 between 1.30pm and 1.45pm. I cant remember much from that day. I think I’ve blocked it out. My mum didn’t come with me. Ryan and his mum did. When they picked me up, Ryan had brought me a teddy bear, which i still have. I have called her Lexie-Mai. I called her this because that’s what we were going to call our baby if it was a girl,

My own mother had her grandchild murdered.

I wasnt allowed to tell anyone- she told all her friends though. She told all my family i had the flu. I even got a few Get Well Soon cards. They still don’t know the truth.

Me and my mum have never talked about what happened. She has never mentioned it. About Bournemouth or the baby- because that’s what it was a baby- my baby- Ryan’s baby. Its like she doesn’t even care. She has got on with her perfect life, not even worrying about me or how i am in pieces and have been everyday for the last 10 months. I knew she wouldn’t be happy but I thought she would have supported me.

I cry myself to sleep a lot of the time. I am emotionally ruined. I have to put on a fake smile everyday when really all I want to do is break down and cry but cant as I’im not allowed to tell anyone.

I would of made a good mummy, i know i would of. but I wasn’t given the chance to prove myself. Mum doesn’t care about how i feel, all she cares about is that her daughter is not a teenage mum as that would ruin her reputation.

I didn’t plan any of this- but it happened. I am 16 years old have gone through the pain, heartbreak and heartache that no one should have to go through especially not from their own mother.

I wanted that child so much. I want my baby back. I even had a litle bump that i held everyday. I would day anything to turn back time and stand up to my mum, and prove to her how i would of made a good mummy. And one day i will prove it to her. My baby will stay with me forever, and no-one can ever replace his/her place in my life, in my heart.

Rest In Peace Baby- Mummy and Daddy love you so much

I am still with Ry and our relationship is still going strong, but there are some cracks. He wont express how he feels about the whole situation. When he sees me cry he tells me it wasn’t my fault and I couldn’t do anything about it. And that he wanted our baby as much as I did and still do.

I don’t live with my mum anymore, and it has helped me a lot as i hardly see her anymore. I hate her- and don’t think i can ever stop myself from hating her! I hate myself. I cant forgive myself for not standing up to her.