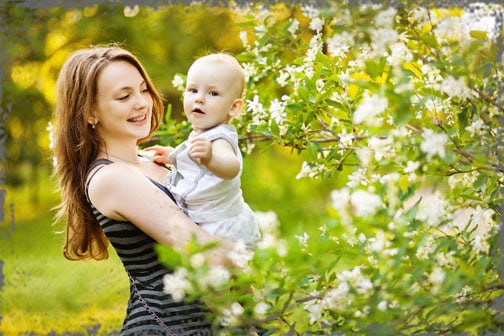 In May I took the test… it was positive. Neither of us believed that it was right, so i took another the next day. But again, it was positive. I waited until I was a few days late, which never had happened before, to tell my dad. He wasn’t happy at all. He didn’t like my boyfriend, Chris, that much and we had always argued over me being with him.

In April I had the last normal period Im going to have for a while. In May, 4 days before my period was supposed to happen, I took the test… it was positive. Neither of us believed that it was right, so i took another the next day. But again, it was positive. I waited until I was a few days late, which never had happened before, to tell my dad. He wasnt happy at all. He didnt like my boyfriend, Chris, that much and we had always argued over me being with him. I went that friday (a week late for my period) and had an “official” pregnancy test done at the Health Dept. it too was positive. Well that was when I was 5wks. A lot of talks with my dad about an abortion took place, but my philosophy has always been “if im old nough to have sex, then im old enough to have a baby” so that was always a lost cause with my dad. It was a few days later that Chris told his parents.

Surprisingly they didnt take it as badly as he had expected. My dad was the one we had been worried about though. Yesterday I went for my first doctors appt. and I got to hear the babys heartbeat. 🙂 It was so fast, but my doctor said it was good and that the rate of its heartbeat meant that it had good blood flow or something like that. Im now 10wks pregnant and very excited about finding out what Im going to have. I am also however VERY unsure about my school getting finished. Ive always been a straight A student in honors classes, and this type of situation changes a lot for me. I start my Junior year this August, and Ill just be in my 2nd semester (Jan 17 2007 is my due date) when I have the baby. I know that things may have to change about how/where/and when I go to college but I still plan on going. Just because I have something very miraculous going on in my life, doesnt mean that I have to stop what I was going to do in the first place.

Mainly i just hope that other girls reading this will decide what’s right for them and their baby. My decision was not to have an abortion, so presssures girls go through when they are pregnant. Im happy Im pregnant.

Dearest Stephanie – I’m Lisa and I am from the Stand Up Girl website.

I have to tell you how proud I am of you!

May I encourage you? I talk to so many girls that come to this site and they KNOW that their life is NOT over … it has only taken a major turn where they did not expect it to turn, but that should NOT change your plans for yourself. Of course you have a little life to consider in all that you do, but that life should NEVER stop you from going to that college that you planned on going to. You just have another reason and another ‘person’ giving you that drive to succeed!

I’m so proud of you Stephanie. Keep Standing and I thank you so much for your e-mail.