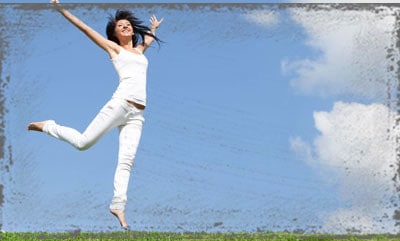 Dear Becky, I was inspired by this site and I wanted to help some of the girls that are scared and feeling alone by sharing my story. I was a senior in highschool when my boyfriend and I discovered that I was pregnant. We were … really scared. The hardest thing that I had to do was tell my mom. I had waited so long that morning sickness had kicked in…

I was inspired by this site and I wanted to help some of the girls that are scared and feeling alone by sharing my story.

I was a senior in high school when my boyfriend and I discovered that I was pregnant. We were both happy, but really scared.

The hardest thing that I had to do was tell my mom. Of course, I took the chicken’s way out. I had waited so long that morning sickness had kicked in, causing my mom to think that I had the flu. She sent me to the doctor’s office for diagnosis, but I already new what it was. When she came to my sister’s house that evening, I handed her the statement from the doctor. She looked at it, looked at me, and asked what the document said.

When I told her that I was pregnant, I saw what I had been dreading to see, disappointment. But, instead of scolding me, she looked at me and told me that there was nothing that could be done. She said that she loved me and that she would love my baby.

I had a hard time. For one, I was diagnosed with Placenta Previa, and was told that I would probably have to have a c-section. I also had everyone telling me that I would not graduate high school. To top it off, my boyfriend and I split up when I found out that he was doing drugs and that he had blew up at a few of my family members. Even though I knew that my family would be there, I still felt completely alone.

My, now, ex-boyfriend was calling me and harassing me. He was 5 years older than I was and he had a job. I believed him when he said that he could take my baby. After all, he had a ‘stable’ life (I had no evidence that at the time if drugs) and he could provide for our baby.

I finally went to a lawyer and she eased my mind. So, with the worry of that gone, I was able to focus on my school work. When I graduated at 7 1/2 months pregnant, I went up to those that told me that I couldn’t do it, and I waved my diploma in their faces.

My final hurdle, before I was full-term, was the Placenta Previa. By the Lord’s hands, the placenta had changed positions during my ‘growing’, and I was able to have a natural birth. You may think that that is where it ends, but being a parent is a life-long situation.

I was going through custody hearings at 19 years of age; thankfully, I was awarded full custody with the father having visitation.

Instead of going to college and living in a dorm, as planned, I was going to work and finding a place of my own.

I had my little boy in July of 1996, being a high school graduate just a few months earlier. Since then, I have had many troubles and trials. One of which was a beautiful baby girl. I had not learnt from my earlier experience; I ended up being a single parent of two.

You go through a lot when you have children at a young age, but when you look into their eyes, it is all worth it. My son is now 11 years old, my daughter is 8, and they are the true loves of my life. After all that I have been through, I would still do it all again for the blessings that my children bring into my life. My son still goes to his father’s, and his father is good to him. He has two brother’s there. My daughter’s dad skipped out on her, but my fiancee of two years fills in as a constant for both of them. I know that it is sad about her biological father, but my fiancee would never tell her that she wasn’t his. In fact, we are thinking of adoption after our marriage. How does my son feel about this, he loves it! He has two father’s and would not deprive his sister of one.

I was a single, struggling parent for 11 years, but I made it and so can anyone else. You would be amazed how much joy a child will bring into your life. Don’t rush it, but if what you consider a ‘mistake’ occurs, don’t count it as a mistake; count it as both a blessing and a test from the Lord.

Thank you very much for writing and sharing your story. What a brave and wonderful mother you are. Even in the face of adversity you know what was right and did it. Your children are luck to have a mother like you.