Luckily He Was Supportive 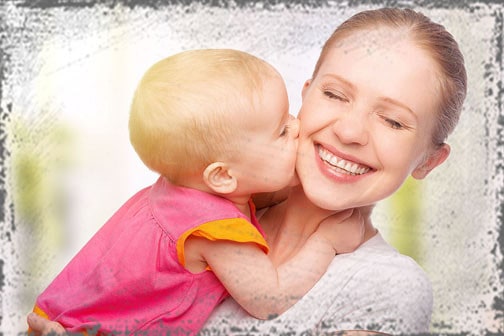 Well, it’s almost been one year to the date, that I found out I was pregnant. It was December 27, 2000 and I was just rekindling a relationship with my long-time boyfriend. At 21, unmarried, no job, no education, no money, and no idea what to do with my life – I felt it couldn’t have been a worse time to get pregnant. I was still a “baby” even though by age standards I was old enough to vote and legally drink alcohol.

Well, it’s almost been one year to the date, that I found out I was pregnant. It was December 27, 2000 and I was just rekindling a relationship with my long-time boyfriend. At 21, unmarried, no job, no education, no money, and no idea what to do with my life – I felt it couldn’t have been a worse time to get pregnant. I was still a “baby” even though by age standards I was old enough to vote and legally drink alcohol. However, I did believe that everything happened for a reason and so of course for me abortion wasn’t even an option. There was a reason a pregnancy lasted nine months…I had time to get my life together and form a plan.

Luckily, my boyfriend was completely supportive right from the start and that was a blessing that not everybody has, knowing I had someone who loved me and could take care of me. I decided I needed to work through my own feelings on being pregnant before I could tell anybody. Once I did, it made it easier for me to tell our parents which happened when I was 12 weeks. I wanted to make sure that if I was going to rattle bones, I wouldn’t miscarry the next day. They were at first, pretty unresponsive which hurt. It didn’t get much better as my pregnancy went on either. Only when Shaela was born did they finally warm up. “I’m too young to be a grandparent” was their response, I understood that it was a lot for them to swallow, hell, how did they think I felt? It was happening to me!

The first thing I had to do was get over my own fear of what others would think, who gave a damn anyways? I was pregnant and this was pretty amazing, no matter what your age. I decided I would have an advantage over women who decide to get established first and then have babies. I was young and energetic, I hadn’t forgotten what it felt like to be a child and a teenager. I would be able to connect more with my child and I could also be a play pal. I wasn’t embarrassed by swinging on swings, or skipping down the street, or painting my face and carrying around a Barbie doll lunch box.
So, I spent my pregnancy working on my own personal issues, educating myself, and discovering the type of parent I really wanted to be. What did my parents do that I always hated? How did I want to break certain cycles?

I must say, as far as giving birth went, I was never afraid. I had the mindset that “Women have been doing this for millennia and if it really hurt that bad, they’d stop having babies.” I also believed in the power of the mind so I focused on having a short and easy delivery. I faced my birthing fears (which unbelievably was technology. I wanted nothing to do with it) I felt, if I was going to give birth, I was going to do it right. Not run away from it, I wanted to truly experience it.

The hardest part about being pregnant was other women. I spent nine months focusing on my “perfect” birth, while women left and right told me about traumas and fears…I just felt sorry for them. I mean, wasn’t bringing a new person into the world a miracle? That didn’t sound like a horrible thing to me. So I began to surround myself with only supportive people – giving birth was a big deal, I didn’t need others telling me I was stupid and naive to expect a short, easy, natural birth. Young women, not middle-aged were built to have babies.

My plan worked. When I went into labor, I didn’t even know it. I just felt sick. I went to the hospital because my midwife thought maybe I needed to be rehydrated via IV. As it turns out, when I arrived I was informed I was fully dilated. My baby girl was born in the water after four short hours of labor and two big pushes. This experience was so profound, that it inspired me to pursue a career in Midwifery. Having a baby was the best thing that could have ever happened to me. I used to be one of those people who judged young pregnant women, now, I help them. Young mothers are strong souls, we are the “chosen” ones who perform a valuable service to the world. Most of the young mothers I have come into contact with have been inspired to follow a certain path brought on by the birth of their child. The Universe just needs us to work longer and harder at our cause than the average person. We’re the ones who make a difference.

Your story is amazing! It spoke to my heart deeply. I can relate to you on so many different levels. You are and will be an inspiration to many!

It was almost uncanny, reading your experiences because they were just so similar to mine. It was scary for me at first to have a baby so young, because I felt like my life would be over. I found quite the opposite to be true. A new, exciting life was just starting for me!

Having babies when you’re young does make sense. You are the healthiest, you have the most energy and you can relate better to your child because it hasn’t been so long since you were a child yourself. Now I am so thankful that we started our family when we were young.

People often come up to me on the street and say with a sympathetic face, “you are SO YOUNG to have a baby!” They seem to judge and criticize me without even knowing me. At first I would feel embarrassed and try to explain myself, but now I just say “yes I am young, isn’t that great! I feel so blessed.” People seem to think that children are a burden and something to be avoided. I think quite the opposite; that they are blessing beyond compare and I am so thankful for being given the opportunity to be a mother. Things haven’t always been easy, but the sacrifices have been so worth it!

My boyfriend stood by me, too, and we ended up getting married. We are happy and still very much in love. Marriage and having a family when you’re young CAN work and it is a wonderful thing!

Thanks again for your openness and honesty.