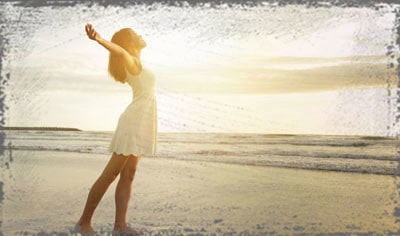 U.S. hurdler Lolo Jones says she’s been tempted. She says she’s had plenty of opportunities. She’s even had guys tell her that having sex with them will make her a faster runner.

But every time, Jones has said no. The 29-year-old Olympic athlete recently revealed on Twitter that she has never had sex. She discussed maintaining her virginity with Mary Carillo on the May 22 episode of HBO’s “Real Sports with Bryant Gumbel.”

“It’s just something, a gift I want to give my husband,” Jones said. “But please understand that this journey has been hard. There are virgins out there and I’m going to let them know, it’s the hardest thing I’ve ever done in my life. Harder than training for the Olympics, harder than graduating from college has been staying a virgin before marriage.”

Jones has her reasons, ones that extend beyond her Christian faith. She had a tough childhood, which included periods of homelessness while being raised in a family of six by her mother, with her father in and out of jail.

“I want to wait till I get married to have sex,” Jones said. “My mom, she was with my dad 20 years, never got married and they’re not together anymore. So I just want to have that solid bond.”

Jones was a favorite to win gold in the 100-meter hurdles at the 2008 Beijing Olympics and actually led the race before tripping on the next-to-last hurdle. She wound up finishing a disappointing seventh. “There is not a day that has gone by that I have not thought about that race,” Jones said.

So with the London Games rapidly approaching, Jones has another chance — perhaps her last — at Olympic gold. But to any guys out there who think she might do anything for an extra boost, don’t even bother trying. She’s heard that line before.

“I’ve had guys tell me, they are like, ‘Hey, you know, if you have sex it will help you run faster,’ ” Jones said. “No. Not even [for] Olympic gold. I do want this gold medal, but not that bad. Not yet. If you marry me, then yeah.”