Leading Up To The Choice 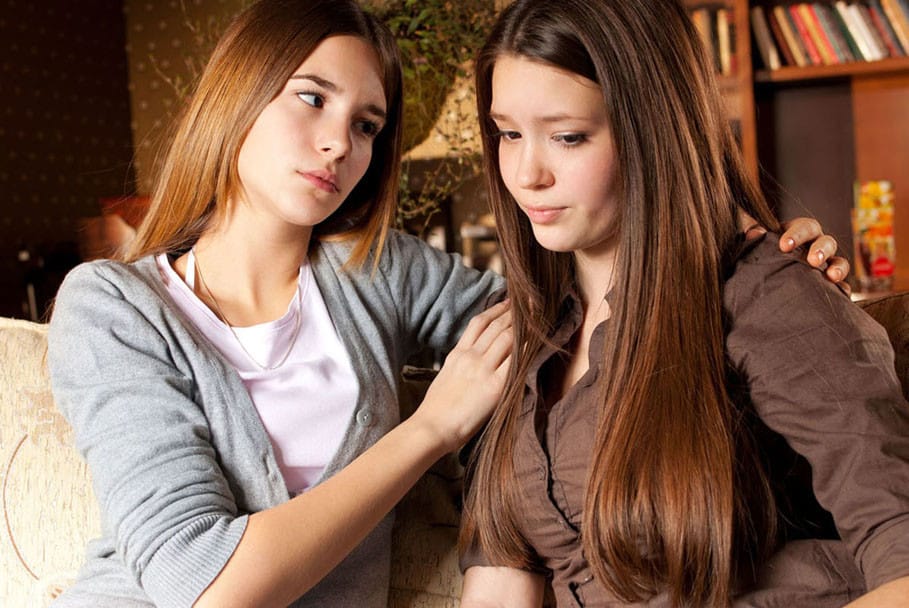 I’ve never blogged before.. Or talked to anyone about this besides the people in my life I’m closest too so this is a new thing for me. I guess the way I’m going about trying to get better just isn’t working so it’s time to try something new. You can’t get better if you don’t share the story.

So here goes the sharing. I should probably start of before I found out I was pregnant to try and help anyone reading to better understand. When I was a freshmen in high school I came home to my parents, my sister, and my grandma all sitting in our family room crying, sobbing. Being a freshmen in high school I jumped to many conclusions; someone passed away, someones hurt, etc. My mind didn’t jump to my sister is pregnant but that was the case.

My sister was 17 years old and in high school. My sister was in a terrible un-supportive relationship. The day after my sister got home from the hospital she tried to overdoes and kill herself after giving birth to her first little boy. A year later that little boy came to live with us because we got a phone call from my now 19 year old sister, saying she was pregnant. Pregnant from a different guy and couldn’t support two kids on her own. Fast-forward another year. I’m 17 years old. The same age as my sister was when she was the talk of our small town for being pregnant in high school.

It was September when I was 5 days late. I called my friend to come over in the morning before we left to school to take a test. When I took the test I thought it would be just like the rest of the scares I’ve ever had. It would come back negative and I would go back to living my life the way I always had. I never planned for a positive to come up.

An all area athlete going to a expensive private college to play a sport there. I had plans of being a doctor. Of getting all american in my sport. My boyfriend being an all area football player. Dreams and the ability of going D1. All of the flashing right before me as a stared down at the blue stick that said positive.

I walked down the hall to my room where my friend was I started laughing and crying at the same time. Laughing because I was so scared and it all felt so unreal. Crying because I was scared, terrified, and confused. My friend thought it said negative but as she hugged me I said It’s positive. She let go and then hugged me again. Just holding me because what else can you do when you find out your friend is a pregnant senior in high school.

The second I let go I was surprised at the first thought that came to mind. “I’m getting rid of it.” It’s weird how you’re pro-life until it happens to you and you’re the one facing the choice laying right in front of you. Looking back now I know the truth behind the decision was shame and fear. The fact that people would say I turned out just like my sister. The fear of letting down my parents, of tearing my family apart just like my sister did. The fear of what people would think. What my life would turn into.. What I would lose.

I got in the car to go pick up my boyfriend for school. Though my world had felt like it stood still that didn’t mean the rest of the world actually stood still. It was an awkward ride of not talking because with my brother being in the car also I couldn’t tell Lamar what I had texted him saying “I had to tell you something” After telling him he said he knew the entire car ride what I was going to tell him because I had mentioned a few time about the missing period that I didn’t have.

My brother got out of the car but neither me or my boyfriend moved. I pulled my phone out, opened it to the picture, started crying, handed it to him and got out of the car. I couldn’t stand to be the one sitting there next time, to see his face as he saw the reality of it settle in. I got back in the car, he said “you’re pregnant?” I said “well it does stay positive doesn’t it, btw we’re not keeping it” And got back out of the car slamming the door behind me.

Looking back I realized it was right there that I was unfair. It was right there that I took away my boyfriend true feelings on the subject. I knew he’d do anything for me. I knew he would do whatever choice I felt was the best and since those were the first words out of my mouth that was the decision he backed up for the next 5 weeks while waited.

That day and every other day until October 7th I went through the motions. I had headaches, I had the sickness, I had the reality of my tiny baby growing inside me. When I would trip I would instinctively cover my stomach. When softball practice came around I pretended to be sick or hurt so I couldn’t play. I watched what I ate, I stopped tanning. I did everything and acted like I was going to keep her. In my heart I wanted to pretend like I was because I wanted to keep her more than anything.

My friend helped me set up an appointment a few days later. Deciding between awake or asleep, pill or surgery. It was all so much more than what a 17 year old should have been deciding. Though I didn’t see it at the time. I see it now. On the phone with all these different people. Doing research to find a place that was good enough and close enough. Making a plan to get there without my parents knowing. I guess your wondering how a 17 year old couple would pay for it? My boyfriends dad passed away a month earlier leaving him with $2,000 in spending. $435 of it now going to our abortion. On the phone I quickly learned just how hurtful people can be.

Though they worked at a clinic for these things you could hear the judgment in their voice, you could hear the angry and the betrayal. I never understood any of it until now. I feel how of those feelings but for myself. Hurt and anger and betrayal. I never ever would have imagined how it would be now. Once making the appointment we were told we have to at least wait until I’m 6 weeks along and the closest we could get to the 6 weeks was almost 7 weeks along. To this day I wish I could have moved the dates around. My boyfriends birthday being October 10th and October 7th being the day we gave away our first child.

We went through the motions for the next few weeks and during those weeks I realized just how hot of a topic abortion is. I guess you never really realize how much something is talked about until it applies to you. We went through homecoming week with me being pregnant he played through football games thinking about it, we wrote notes to each other to help get us through the day to day pains of realizing our actions.

The closer the October 7th came the more and more we talked about keeping her. The more and more we fought off whatever anyone else was telling us was right or wrong and started focusing on what we thought we could handle. But like I said earlier my biggest mistake was telling my boyfriend I’m getting rid of it as my first words about the subject. Though he could tell I was growing more fond about the baby he still new what my initial choice was and would do anything to give me what I wanted with this topic.

For awhile I refused to call it a baby. it was to be called an IT and nothing more than that. As the days passed on we started both calling it a baby. I would talk to her at night, I would try and convince myself that she would understand but too this day I truly don’t believe that she understands. She’s lost and confused as to why her own mother didn’t want to her and I wish so badly I could tell her that I do. But done digressing, my boyfriend and I would talk about keeping her about calling and canceling the appointment.

He’d rub my stomach and talk to her and it would all become real, we were a family and that was our baby. I knew all along how badly he wanted her I knew he was just scared and he just wanted to do what I thought was the right thing for us. But I don’t if or when I will ever forgive myself for taking away his child. For being so selfish and self centered to only think of myself. Not him. Not our baby. The closer October 7th got the closer I got to telling my parents, but I never dared utter a word. To them or to anyone. It was my friend and my boyfriend and I. I intended on taking this secret with me and no one would know.

But then one day I got in a fight with my best friend. Yeah I know why did a “friend” know before my “best friend” during the fight I broke down and told her. She was arguing with me because she said I was spending to much time with my boyfriend and I was ignoring everyone else in my life. The only way to make her understand was to break down and tell her why I’m always with him right now. The argument stopped on a dime and it was right there that I realized just how amazing of a best friend I had. She told me she’d drive me. And so the plan was made. I would spend the night at my friends house, tell my mom we were going dress shopping in champagne and my friend and boyfriend would take me to the clinic.