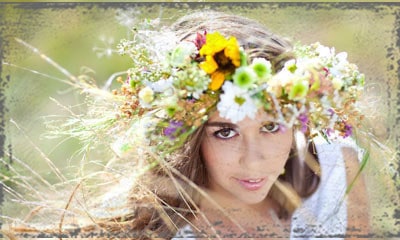 What do we do with things we value? We treasure and protect them. The value of something isn’t simply determined by a price tag. It’s determined by how much we’re willing to sacrifice for it. The more we’re willing to sacrifice and the harder we’re willing to fight, the more valuable it becomes to us. I want to acknowledge here that this in no way is meant to suggest a lack of value in the individual. Me being a virgin in no way makes me more valuable than the person who has had many partners. Instead, it is meant to suggest the value in sex itself as one of the most powerful acts known to mankind. I recognize that at any moment I could go out to a bar, get drunk, go home with a guy and lose my virginity in an instant. I recognize that at any moment I could sell my body or images of my body for a profit. I recognize that even in a committed dating relationship I could give my body away to my boyfriend. But to me that’s not using sex and my sexuality/sex appeal in a way that is honoring to me, God, the men I date and men in general.

Scripture speaks of sex as the joining of two people into one flesh. Our culture is accustomed to joining together, then tearing apart, joining together then tearing apart and we wonder why so many people are left feeling broken, abandoned and lonely. In our pursuit of un-complicating sex we’ve achieved the exact opposite. We’re left with millions of broken marriages. Millions of heartaches. Millions addicted to pornography. Millions in sex-slavery globally. Millions lonely, abandoned and abused.

I don’t mean for this article to be painful for those of you who are broken and hurting from a sexual past whether it be sexual abuse or consenting sexual relationships. My hope is that this article instead of being a reminder of past pain, would bring hope and healing. And that you would realize your value and the value of your sexuality. That you would know that all things can be made new and that that is Christ’s desire for you and your sexuality. I also want to acknowledge that if you don’t share my Christian faith this will all sound ludicrous and perhaps even offensive to you. I recognize this is completely countercultural. This isn’t meant to point the finger at you, question your love for the significant other you’re sleeping with and tell you you’re not valuable. That’s the last thing I want to do! We have a conflict of a different foundational belief system. I’m speaking to those who share my faith and also to those who don’t who have taken sex to an extreme of abusing it and using others. And I’m asking if we can recognize the beauty and sanctity in sex once again. If we can start, one person at a time and declare freedom in each of our lives from the ways that we have distorted its beauty and sanctity. I’m asking if we can see it for what it is and treat it as such. I’m asking if we can make sex complicated again, one person at a time.