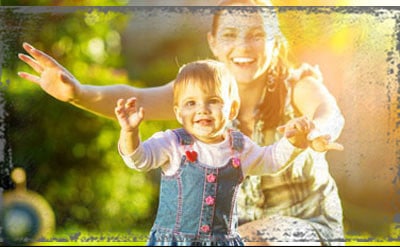 First of all sorry it is so long. I’m from Australia and about seven years ago i came across your site on the internet. I was 19 at the time and i had just found out i was pregnant. My boyfriend and father of my baby ended up leaving while i was six months pregnant and still doesn’t want contact with our son. I was young fun loving loved to go out and party a little wild and just starting college. I was working part time as a personal assistant and looking to go overseas and travel. The future looked bright for me to everyone we knew until i fell pregnant.

In the beginning i’d considered everything – having the baby, abortion and adoption. I kept an open mind and my doctor said to me that if i made a decision to make an informed decision that was right for me. Though later she told me she’d secretly hoped i would choose to keep it.

His family tried to pressure me into having an abortion since it was “just a blob and not a baby”. His sister had an abortion a few years earlier and they figured since she had one I could have one too. My parents though shocked and upset at first were supportive saying they’d stand by me whatever i decided.

I trawled the internet and forced myself to look at photos of babies that had been aborted. I checked out adoption stories. I called helplines. My boyfriend was still trying to push me and at one point it seemed like i would choose an abortion until the day i found your site. I read the stories. All of them. And drew strength from knowing that i wasn’t alone and that there were other girls like me who still found the strength and belief in themselves as women, as young as they were, to choose to keep their babies.

The first few years were hard. I was coping with losing touch with my friends (most were single or in long term relationships). I look younger than i am so i looked like i was 14 instead of 19 going on 20. So i had to cope with older people constantly judging me. My ex worked at the local supermarket so i couldn’t walk in there without people talking about me. On top of that i had to be a mum and that was challenging. The teething, the toilet training. The usual stressful things mums go through. At six months i almost miscarried my son due to an infection of the sac he was in. As a result i went into early labour and my 23 week old baby was born and stayed in hospital for three months until he could breathe on his own. He had no complications and to date only has asthma which we have managed to control. He isn’t deformed and has no health complications. He’s lively sociable and loves maths science and school.

My exes parents thought i was trash, that i would never make anything of myself and that my baby would not have a good life. I looked at my beautiful little boy and although he makes me want to pull my hair out at times if i had to go back and choose again i would choose to keep him. He made me want to be a better person. He made me embrace life and looking at him made me want to prove them all wrong. My ex and i have mutual friends. He dropped out of school, battled a drug problem, was unemployed and has only just managed to find and keep a job. I’m not the picture perfect mum but i would rather be me than him.

Now my son is six years old and in school. Four years ago through a friend who insisted i come to church with him (i mean i had a kid young i had to be dragged there) i walked in and the first man there who i shaked hands with was the man who eventually became my husband. My husband took on my son as his own and his family treat my child as if he is one of theirs as well. We went from only having each other to having a new extended family. They are the best of friends. My husband has introduced Andrey to his love of sports. Plays with him. Reads to him. Helps with his homework. Comes to watch him perform at school. Tells him he loves him and has become the father my son never had. I loved being a mum but i had decided i would never have any more children because i figured no man would want me. Some men i knew and were friends with even told me that. What man would want a woman with a child? I just gave up on men and focused on my child.

There were times that i was so unbearably lonely but i made myself set the bar higher. I met some real losers and had them as friends so i just focused on myself. I figured i would make myself be the best person i could be so if I eventually found someone worthy of me and my child he would love us both and be amazing. I kept visiting this site when i was at my lowest. It reminded me i wasn’t alone and gave me the motivation and strength to keep going. I studied by correspondence and i am graduating university in may. I became a cheerleader and i am hoping to become a coach some day. I went back to work and i am currently working on a mums website for mums like me in Australia. I am working on contributing to a book. I dumped some of the friends who didn’t deserve us and now have the most amazing and supportive group of people i have ever known. Also i am now pregnant with my second child and this time i have a wonderful man and i plan on doing all the things i didn’t get to do last time. The prenatal classes with hubby, the baby shower, and enjoying my pregnancy stress free.

I wanted to tell my story because if not for this site, if not for your story Becky and the hundreds of precious and priceless stories, i don’t think i would’ve made the choice to keep my child and i don’t think my life would be anything like it is now. So Thank You. This site is a total blessing. I have told many a young mum to come here and i always will. And i just want to say to others who are in the same position i was all those years ago do what is right for you, believe in yourself don’t lose hope and no matter what anyone says you are priceless, precious and you are most definately not alone.