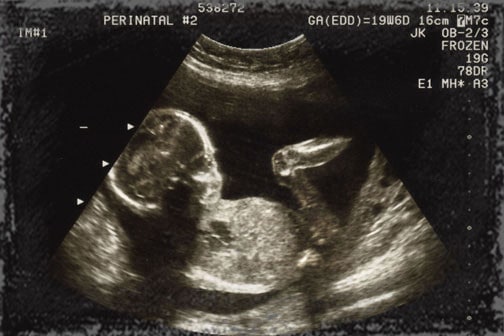 My name is Amber and I’m 16 years old and I have a story that I want teens in Virginia and everywhere else to hear! On November 19,2004 I got pregnant by a guy who I loved very much! I didn’t know that I was pregnant until about 9 weeks later…I was at a friends house and I knew that I had been not feeling like myself and realized that I had missed a period…I called one of my best guy friends to take me to the store and buy a pregnancy test. As my friends waited outside of the bathroom door for the results, I waited for them too. It was positive. I was devastated and so many things were running through my mind. I walked out of the bathroom and burst into tears! My friends were is disbelief. We all called the guy who I was pregnant buy to tell him the devastating news. I told him and he began to cry and didn’t know what to say. Some how the rumor got out that i was pregnant through school. Oh and I was keeping this from my parents because I couldn’t bear what they would say.

Well, I came home one day and the news had gotten back to my parents. I swore to them it was all a rumor and it wasn’t true! So the same day i went to the doctor and took a pregnancy test which revealed to my parents the truth…It was time to make a decision on what should be done. My boyfriend and I had decided to have an abortion. We decided we were both too young and still had too much ahead of us for this huge responsibility! The day of the abortion my boyfriend and I were in the waiting room and had barely said two words to each other. I think we were more confused than anything. Well hours later I got called into the room and went on with the procedure. Afterwards I came out of the room and all that I could do was cry! What had I done? My boyfriend and I were on the phone and all we could say is what would it had been a boy or a girl? What color eyes would it had? Hair? Who would it of looked like? Why did we do this!

Yes, it would have been a huge responsibility, but we could’ve done it. Our parents said they would have helped everything. It would have been ok…..why? Well I got the abortion January 19,2005….In four days it will be January 19,2006, a whole year its been. I still think about this everyday of my life and have regrets that are unbearable….I would do anything to have changed my decision! He feels the same way even though we arent together anymore and we have moved on with each other but still care deeply for one another. I want all Teenagers to know that it’s not just an easy way out. It’s something that you will have to live with for the rest of your life and it will be in your soul forever. I wish people knew what I would do for that child back, but it won’t happen all because of my dumb decision……

I want the word to get out how big the responsibility of sex really is and what the results of it are. This isn’t a joke, it’s serious and means LIFE….your life and someone else’s!

LIFE:When you have someone elses life in your own hands don’t be selfish think about them too, what they could amount to!

…I’m now 16 and live a great life with my horrible thoughts and memories though….

Hi Amber,
My name is April and I help Becky answer emails for Stand Up Girl.

I was really moved by your email. You know what? You don’t have to live every day with the shame and regret of your abortion. There is help available (for free) just for people who are like yourself.

I have two places you can go to for help. The first one is http://abortionrecoverydirectory.org/FindHelp.html All you have to do is click your state at the side and it will list all the recovery groups in your state. If you are unable to find anything, or if they are too far away, try this site. http://www.optionline.org/advantage.asp or you can call 1-800-395-HELP. At the website all you have to do is type in your zip code and a list of centers will appear. Just call the center and tell them that you need post abortion care. They should be able to get you into a free program to get the help that need.

I highly recommend that you look into this. Also, my friend, Lisa, who works for the site also has had two abortions. I’m sure she would love to talk with you.

Your story is very encouraging. Thank you so much for writing. I really enjoyed reading it.

I hope that this helps. Feel free to write back if you have anymore questions or concerns.