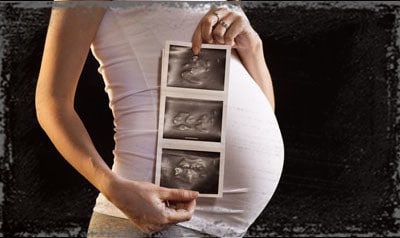 Recently Jessa Duggar has been in the news for comparing abortion to the Holocaust.  On Instagram she said, “Millions of innocents denied the most basic and fundamental of all rights—their right to life.”But are those who are aborted really denied the right to life? Are those who are aborted really human beings?And if so, is it wrong to kill another human being?

But is it really wrong to take the life of another human being? The answer lies in the person’s intention. If someone intentionally ends another human being’s life, this is murder. So when a pregnant woman chooses abortion, she is intentionally choosing to end the life of the human being that is inside of her. This unfortunately is wrong. But what makes abortion even more unsettling is the disparity in power that is represented. Because when an abortion is performed, the baby is very, very little, too little, in fact, to stand up for his or herself or have a voice to speak out. The baby’s mother is much bigger and much older than the human being that is inside of her, she has more power and instead of using her power to support and help someone who does not have power, she uses it to end the life of someone powerless.

The same is true of us today. Some of us forget science and forget that human beings can only reproduce human beings and that at no point in someone’s life can they become something other than human. When a mother does not know or does not believe science, it is easy for her to think that the baby inside of her is not a human being and because he or she is not human, ending their live is not actually murder.

So while Jessa Duggar’s comment sounds crass to our ears, especially to those who have family members that were murdered in the Holocaust, we can remember that there is an element of truth to what she is saying. Some have written her off because they feel her comment is offensive, and they have every right to feel that way, but there are two sides to every story and we can become more tolerant when we try to look at things from another point of view.