In Case You Were Wondering About Special Cases (My Story) 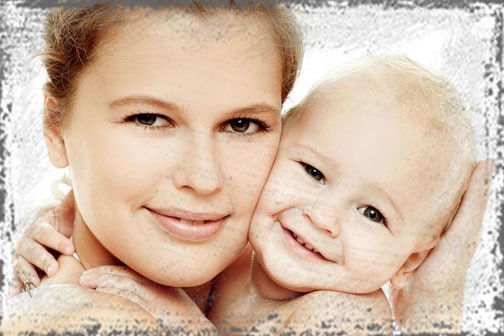 Oh, where do I begin? The journey from three years ago to today is such a dramatic and life changing one that I can only barely remember where I started, but everyday I am reminded of God’s incredible grace. Before I begin, I should mention that, no… I did not have an abortion. However… “no one would blame me”… or so I kept being told.

Alright, I suppose my name is as good a starting point as any. My name is Megan, though my mom likes to call me Nutmeg. I am 23 and have a wonderful blonde-haired, blue-eyed wonder for a son, despite being dark-haired and brown-eyed, myself. He’s 2 and a half and though somedays do leave me sad over how he came to be, I’ve never regretted having him once, but I suppose I should elaborate a little…

Once upon a time I had a boyfriend. Not great one, but I loved him, despite all of our problems. However, eventually our differences came to a head as we finally agreed that we were not the coolest people when we were together. For the sake of our lease at our apartment, we decided to stay together until it expired in a few months. I realized soon how resentful it made me and how angry I was that our relationship wasn’t going to work out… we had been together a few years and had even discussed marriage a few times. As my bitterness grew we fought more and more, and I started making poorer and poorer choices. Perhaps the poorest choice I made came just after midnight on May 18th, 2010. We had quarreled once again and I had gone out to drink away my problems. While out with some girl friends we made fast friends with, seemingly, some sort of sports team from up north. They offered a dip in their hotel pool and we eagerly accepted. Perhaps if we’d been any more sober, we would have realized that hotel pools aren’t generally open at 1 am.

We went anyway and I immediately went to change in their room while my friends decided to check the pool out with them. When I had come out from the bathroom, my escort informed me that my friends had left because the pool was closed. I silently cursed myself for not thinking of this before. It wasn’t long, though, before he began to express exactly how my bathing suit made him feel. I was less than receptive to his advances, but sadly no was not an option with him. I’ll skip the gory details, but to put it briefly, my almost ex-boyfriend came to pick me up after the police called him to come. Initially he was condemning until he noticed the bruises up and down my arms, at which point he realized how my will had been completely broken. I cried hysterically before going into complete shock.

The next morning around 6:45 I insisted on going to work, despite my mentally unstable condition. I worked as a nanny and the mother easily recognized that I was not myself, but thought I was hungover and lectured me extensively for it. I said nothing to her as all I was really open to feeling was pain. She came home early that day to confront me with the truth. She worked as a medical resident and had overheard the police that had come to my rescue the night before, I live in a small town and things like this don’t happen often. By their description she had pieced together what had really happened. She expressed her concern and asked why I hadn’t told her. I said that it hadn’t really processed and I didn’t know how to talk about it… which was true. Luckily, I had the rest of the week off as their family had to attend a wedding out of state.

For the next two days I refused to get up from my bed. I had taken Plan B when my boyfriend picked me up, but I had this gnawing intuition that it was a futile attempt. Finally, after days of trying to comfort me and being by my side, my soon to be ex brought me back to the bed in which my soul felt like dying and knelt on one knee. After everything that had happened he had realized that he would’ve rather died than let anything happen to me. I accepted and the next evening we celebrated our engagement with a few friends. Four weeks later we had purchased a house, determined to move on with our lives. On our second to last night in our apartment, we finally became intimate again after a month of not allowing him to touch me. Unfortunately, a mere week later I discovered I was pregnant.

I had previously rejected the idea of a pregnancy resulting from such a brutal and horrific rape. I felt as though my body had betrayed me in allowing this conception to take place. I felt as though God had abandoned me. Although I knew it was already a child (I have always been staunchly pro-life), I couldn’t help but contemplate the logistics of an abortion. Everyone I talked to came me the same sugar coated excuse… “No one would ever blame you”, “This wasn’t your fault, so you do not have to deal with it”, “You could never live with an everyday reminder like that”. I went to the doctor, where I received my first vaginal exam. They say your first is the worst, but then also that pregnancy makes it worse. It was unspeakable. Combined with the added in ability to be touched without flashbacks and memories, I hurried everyone out as I was told to get dressed again and cried hysterically when it was all over. She had tried to get a heartbeat, but was unsuccessful. Later my mom told she suspected I had already miscarried. I was scheduled for an ultrasound in three days. I suddenly found myself praying for the life of my unborn child, realizing that I couldn’t let him go.