I Went Through With It 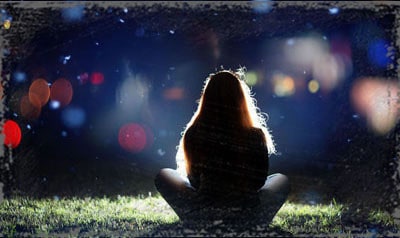 On the 18th of August I found out that I was 4-5 weeks pregnant. The father of my baby was my best friend and was already in a relationship with another girl, who is also pregnant and due in September. After we found out, I immediately told my parents (which I now feel was a huge mistake). My dad was very accepting and supportive as he always is. My mom reacted in a calm manner, but felt that I shouldn’t go through with my pregnancy and my best friends mother felt the same.

They pushed me to make a decision very quickly, and i was made to feel that I was incapable of raising a child on my own… as this went on, i grew more and more confused everyday, but i knew that I had to make a decision.

They promised that they would support me if I went through with the abortion and I felt that they would, surely for a week and then everyone would go on with their lives and i would be left to live with the fact that i had, had an abortion.

After a couple of days I convinced myself that doing what my mum said would be best because she knew what it was to raise children as a single parent. So i decided to have an abortion, despite the fact that i felt that I could be a mother (i sometimes got excited).

On the 26th August I went in to the clinic with my mum. The wait was long, but I was okay because I had convinced myself that what i was doing was right for me. As I the nurse did my ultrasound, i saw this tiny little  thing on the monitor and I knew that, that was my little baby. It’s size  was 1,73cm and I was 5 weeks and a day…

I went in to have the abortion and when i woke up from the procedure, I had so much pain, and I knew that it wasn’t just physical… it was far more than that, but I didn’t say anything.

When I got home, I just focused on healing and felt absolutely nothing about what I had done. I felt okay for 2 days afterwards. On the 3rd day, I started feeling alone and so empty.

I had promised my mum that whatever I felt, I would tell her. But i somehow feel that i can’t because I don’t think she would  understand the pain i feel emotionally.

I’m afraid to look at at baby products in stores, on brochures, on the  television… I would quickly turn and hide from the way I feel.

I now know that I should have listened to the inner me and kept my baby.  But I realize that it’s to late and I don’t know how to live with  that. As I bleed everyday since then, I feel more and more hurt, and angry with myself, my family, my best friend and my dad. I just wish my dad had done  more to convince me… I had gotten his email to late, had i got before my procedure I don’t think I would have gone through with my abortion…

It’s so hard to live, knowing that I was too selfish to give my child life…

I’m Julie from standupgirl.com.  I’m so sorry to hear the pain in your heart!  I know you are angry with yourself, and feel despair.  Did you know that many women who have had abortions feel the same way?  It is  called post-abortion syndrome, and is pretty common.  I don’t say that to make you feel it is no big deal – it is.  I just want you know you aren’t alone in this experience.

I haven’t had an abortion, but friends have.  And they tell me that a support group was a big part of their healing process.  I don’t know if there are groups in South Africa, but I assume there are.  You can get more information  about post-abortion syndrome and recovery from http://www.abortionrecoverydirectory.org and http://www.ramahinternational.org.