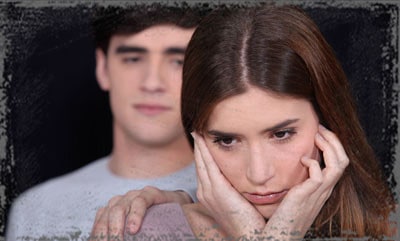 My name is Kate and I am 16 years old. Last summer I was a normal 15 year old girl ready to go into 10th grade. But one night changed everything. I was at an end of summer party and everything was okay until I it became a drinking party. I was never into that whole scene and I really wanted to leave. My boyfriend Michael had decided to stay so I just thought I would walk home. When I was about halfway home a car pulled up next to me, and I heard a guy ask me if I need a ride. The voice was a familiar, and was in fact a guy I have known since we were kids, so I went up to the car and leaned into the drivers side window. When I saw him he looked obviously drunk so I refused the ride and continued walking. He got out of the car and told me to come with him. At that point I was getting nervous so I started to run. He chased me down, took me to the back seat, and I’m sure you can figure out the rest.

Completely distraught I called Michael and told him what happened, except who it was. I told him that I didn’t recognize the person. I was a complete emotion wreck for the next couple of weeks. Michael felt really bad that he had stayed and continued to blame himself for everything. The two of us struggled with what had happened. I was dealing with the shock and I didn’t want anyone to know who it was, and Michael was dealing with guilt and trying to convince me to tell the cops. We thought it could never get worse, until I realized I was late. I thought that maybe it was stress, but I decided to take a pregnancy test. It came back positive. At that moment I felt almost as though God had totally abandoned me. I asked myself over and over how this could happen or what I ever did to deserve this.

I told Michael. I was almost positive he would bail. He wasn’t the father so why on earth would he stick around? I realized God might still be on my side when Michael said he wasn’t going anywhere. He was my rock from the very beginning. This strength he gave me, helped give me hope so I decided to choose life. I would be lying if I told you abortion didn’t cross my mind. But I knew that what had happened to me wasn’t this baby’s fault. So I decided to keep the baby.

The next thing to do was to tell my parents. I was terrified out of my mind. Everytime I tried to get it out, I couldn’t. I was embarassed. I could have easily said “Mom, Dad, I’m pregnant” but getting the words out, “I was raped,” was and is something I still struggle to say. When I finally told them they did not believe me. They thought I was making up and elaborate story to cover up mine and Michaels “mistake.” They told me that if I didn’t confess to the “truth” I wouldn’t be able to see Michael again. Michael said he would say the baby was his, but I couldn’t lie, not about that. I stuck to the truth. But my parents stuck to their guns too. They decided to send me away for the duration of my pregnancy to live with my grandmother in Boston. I was forced to do cyber school which was boring and ridiculous. My grandmother was so embarrassed she told me to stay inside as much as I could and even told some of her neighbors I was married and my “husband” was overseas. I basically had to live in hell. A million emotions were running through me and the hormones obviously didn’t help. I was either depressed or angry the entire time. Except for when I snuck phone calls to Michael.

This April my parents finally decided to let me come home. The word had gotten out about my pregnancy so they figured there was no point in having me away. When I came home, my parents still didn’t believe me. My dad wouldn’t talk to me. In fact, I don’t think he ever looked at me once when I was pregnant. My mom would talk to me, but it was about everything except the pregnancy. My friends wouldn’t talk to me either. Not only was I “the pregnant girl” but I was the “lying pregnant girl.” Only two of my friends have really stayed by my side since I came home.

With only one month to go, I was starting to get really anxious. I didn’t think I was ready. I started to think about breaking up with Michael because I thought I would be tying him down for the rest of his life. I was scared, and nervous. I even had the fear that my baby would look like the guy, a fear that I was really embarassed about. I knew I would love my baby no matter what, but it was hard to not think about that. One day I asked Michael what he wanted the baby to call him when he could talk. I asked him, “How about Mikey?” Michael just looked at me and said, “Well, I was hoping Daddy.” From that moment on all the nerves were gone. I had my rock and I was ready to go through with everything.

On Wednesday May 23, 2007 I gave birth to a beautiful baby boy, Jayden Matthew. It was love at first sight. I really never knew it was possible to love someone who can’t even talk. My little boy is now over a week old and we are our own little family. Everytime I wake up and look over at his crib it takes my breath away. His name says it all for me. Jayden “Thankful” and Matthew “Gift of God.” My mother is in love with Jayden but she hasn’t really talked to me since he was born. I’m just going to give her time, because I know that one day she will believe me. Michael is already jumping into daddy mode, coming over every single day and even offering to change diapers. The “guy” has moved away. Sometime, somehow I’m going to tell Michael who it was, but I’m still not ready yet. These past couple of months have been a complete rollar coaster. Only a few months ago I lost my faith in everything, even God. I experienced alot of anger, an emotion I wasn’t used to. I had a hard time accepting all the changes in my life. But two people really helped me get through everything. Michael of course, and Lisa from standupgirl. Lisa was a huge emotional support for me. I could vent to her, and she gave amazing advice. The love and support she gave me, a complete stranger, really helped me find hope in the situation.

Last summer I was your average teenage girl, now I am a mom. I love my little guy more than life itself. Michael and I have a bond few teenagers get to experience. Most importantly I have a closer relationship with God then I ever have. Sometimes the most awful situations in life can be blessings in disguise. I will never be the same after that night. I lost alot that night, but in the end I gained more.

Oh my goodness Kate! Your baby is absolutely beautiful! WOW! What a proud mommy you must be. Is your mom so proud too? Kate I’m so glad to have walked this walk with you these past months. You are a wonderful Stand Up Girl! Since we’ve talked for so long, there’s a lot to say. I would love it if you would share your story with us in short so everyone can read it.Thank you for sharing this photo with me. I am printing it and putting it up at my desk (I hope you don’t mind). He’s so beautiful! And you are a beautiful mommy Kate.You made my day. Thank you for sharing.