I Was His Favorite, His Little Girl 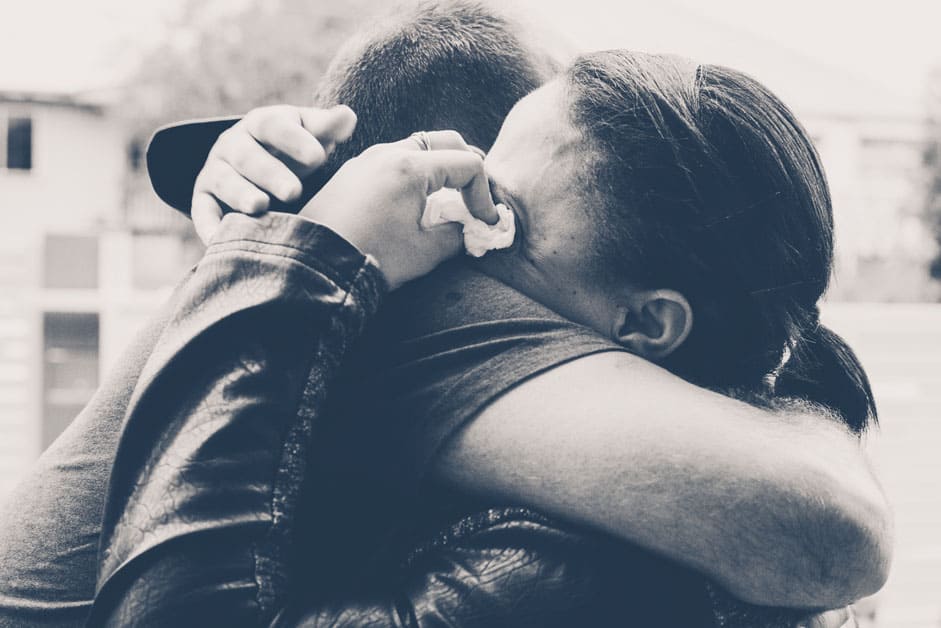 Dear Becky — I came across your site by accident and am grateful that I did. After reading many of the touching stories that your site features, I decided it may help to share my own.

My boyfriend Brian and I began to have sex about 8 months into our relationship. He was a 17 year old virgin (very rare quality in a guy) and I had been with one other guy. Brian and I were in love. Throughout the first year of our relationship, we never used a condom, and I wasn’t on any form of birth control, most of the time he just withdrawled and when he didn’t I didn’t end up pregnant so we naiively thought that we weren’t capable of conceiving. He thought that the pot he smoked made him infertile. We also said that if I ever did get pregnant that I would get an abortion. It sounds like we were horrible people to be careless like that and then say that if it happened we would just kill it. We were.

I became pregnant on our one year anniversary, I was only 15 and Brian was 18. The first thing I did when I found out was call him, and he said, you’re getting an abortion right? I was around a bunch of my girl friends and I didn’t want to say it outloud but deep down I knew that it was what I had to do. My whole life all my step dad ever preached against was teen pregnancy. When he found out that Brian and I were having sex he was furious and wouldn’t allow me to see him. Eventually he just gave in because I was so miserable but he always asked if I was being careful, he always urged me to get on birth control. I was his favorite, his little girl and all he ever wanted for me was a successful future. I couldn’t bear the thought of telling him that the only thing he never wanted to happen had happened, due to my lack of responsibility. Then there was the fact that I knew a baby would ruin Brian’s life, or so he told me and our relationship was really in a rut, we were constantly hurting eachother and I didn’t feel the love anymore. I couldn’t bring a child into that. I made an appointment for an abortion.

The day before I was to go to the clinic to get the abortion I was sitting in my living room when someone called my mom. A few minutes later she came into the room and said, that was a conseler from school, she heard a rumor that you were going to get an abortion tomorrow. I started crying and denied it, but I knew that I couldn’t keep it from her so I told her. She asked if it was what I really wanted to do and made sure that no one was forcing me to, like Brian. She said that no matter what I decided to do she would support me and she ever promised me that she wouldn’t tell Curtis (my stepfather). She never gave me the impression that she thought that I should or shouldn’t. She was simply there for me. The main reason that I was getting an abortion was so that I wouldn’t have to face my parents and here was my mom telling me that she’d support ANY decision I made, still I couldn’t imagine telling Curtis, I couldn’t break his heart. So I broke my babies instead.

Needless to say, I went through with it. I tried to get through that day with as little emotion as possible, but when me and Brian were in the waiting room, a couple brought in a new born baby and I just started balling. Why would somebody do that? Bring a baby into a place where many girls sat waiting to kill the ones inside of them? After it was over, which I admit the procedure was not that bad and not very painful, I went home and tried to put it behind me.

That became impossible to do when at school rumors developed and soon everyone was talking about it, critising me, judging me and I had no one to defend me, not even Brian. He wasn’t there for me after I did that for him. He didn’t care what I was going through and was telling people that he was going to break up with me as soon as I became “emotionally stable”. I was so heartbroken. I began to regret it in a big way, I missed the feeling of my baby so much.

Brian and I had a pretty bad relationship from that point on and eventually broke it off for good this summer. I started sleeping around trying to bring back my self esteem and confidence, but nothing helped, I felt like such a horrible person, like no matter what I was going to hell, that God could never forgive me. I thought about my baby constantly, always wondering things like what it would have grown to become, if I really could have done it.

Eventually Brian and I got back together. This time, our relationship was different, he actually showed that he cared about me, he didn’t lie to me and he didn’t cheat on me. We still fought a lot though, but at least I felt the love that was once there. In October, I realized that I was, once again late. I found out that I was pregnant again in November, and this time Brian’s attitude couldn’t have been more opposite of how it was before, he was ecstatic! I knew that I could never go through with another abortion and giving it up for adoption has never once been an option for me, I know that I couldn’t do it. We decided to keep it but everyday I lived in fear of telling my stepdad. Eventually, in January, after I had told my mom (who again said she supported my decision to keep it) he found out. His reaction was not what I expected at all to say the least. He wanted to know what I was planning on doing with my life now, and if I thought I could handle it, and then he surprized me by not freaking out, not disowning me, but being there for me. I couldn’t believe it! I had killed my baby almost a year before mainly because I was so terrified of breaking my step dads heart, and he ends up being happy for me! You’ll never know the amount of regret and guilt that I live with every day because it could have been prevented, I could have done it.

I’m now five months pregnant and me and Brian are excitingly planning out our lives, happier with eachother then weve ever been. Everytime I feel my little baby kick I want to burst with happiness. I know that God has forgiven me, or he would not have blessed me with another chance and this miracle growing inside of me.

I hope that my story teaches someone out there whos alone and afriad that you can do it, and that if you’re very lucky your parents will be there for you and support you all the way, just don’t ever underestimate them, they may be all that you have!

Thank you Becky, for letting me share my story.

Thank you so much for sharing your story with us. I had so much fear inside me in the early weeks and months of my pregnancy. One of my biggest fears was how those around me would react when they found out. I knew my parents would be so disappointed. I didn’t want to let them down. My guts were in knots all the time. I wanted to find a way out of this situation, without having to tell anyone. I think a lot of girls face this and they end up choosing to have an abortion. Yes, after the abortion this fear might be gone but this fear is replaced with a grief and anguish so unexpected and so deep…You’ve experienced this. I’m so sorry. You need to know, in the very depth of your being that God loves you and He will always be there for you. Nothing can take His love away from us. Nothing.

I discovered, and I think most girls do, that once I brought everything out into the open and I faced that fear…things started to get easier. I was able to move on and start thinking about my future and my baby’s future. I felt such a freedom and a peace. It was so awesome. I ended up getting a lot more support than I thought, and those people who I thought would disown me or judge me, ended up being there for me.

I am happy to hear about your new little one. What a miracle life is! It is so great to hear that you are getting the love and support you need. I wish you and your baby much joy in the days ahead.