I Only Hope To Help Others With My Story 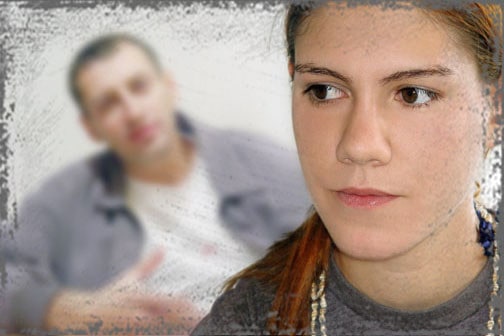 At 19 I became pregnant by someone I had only known for 3 months or so… When I told him he automatically said that I should get an abortion. That we weren’t ready and we were too young. Abortion for me had never been an option.

I had been against it for myself and never wanted to go through it. However, this man that I’d known for so little time I had already felt strongly for. We had spent every day together. So I went to the clinic. This was my fist ever pregnancy so I had no idea what to expect. When I finally had the ultrasound I opted for them to tell me if there was only one or if there were more little blips in there. There were 2. I was so excited and scared, but I knew that before I even left I wouldn’t be coming back. I told him no and had our twins. He stuck by and when my twins turned 3 I had become pregnant. We were happy, I was ecstatic and I fell even more in love with him.

One day a couple weeks after I found out he came home and the joy was gone and he told me it was bad timing. He promised if I gave up that pregnancy we would definitely do it when the twins turned 5. I did not want to go through that but the man I loved asked me to do it so I made the appointment and went through with it to make him happy. I knew when our twins turned 5 I would have another chance. That was the worst year of my life. I was so sad and I cried all the time. I hated him and I hated myself. Well our twins were 5 and I had become pregnant again. I had no doubts I’d be able to keep this pregnancy because he promised. When I told him this was his response. Word for word and all in one breathe: “I would NEVER ask you to go through that again, I seen how much it hurt you and what you went through, but just not right now.” I couldn’t believe it. I was in shock. But the man I loved asked me to do something again so I made the appointment. I went to the appointment and I couldn’t go through with it. When I got in the car he didn’t understand. It seemed like such a problem that the same day I had him take me back to the clinic.

Outside before I went in I begged him to please let me keep this one. I asked him are you sure? He said yes just not right now it will be better when the twins turn 7. I went back in and was almost refused but they did the procedure and I left. Now a year later I decided to take a stand and I took out my birth control and told him I want another baby and there are no if ands or buts about it. Give me a baby or leave. He did not like that very much but I didn’t care I had wanted a baby since my first abortion and if I could give up something so important to me twice for HIM, he should be able to sacrifice for me. It isn’t like he has to carry the baby or feed the baby. He doesn’t even work so it isn’t like he would have to pick up extra hours to pay for things. I would carry and feed the baby and since I work and support the household I would have to pick up extra hours to pay for things. All I wanted from him was sperm, which I could get anywhere. Finally he said OK. And now 5 months later and still no pregnancy. He has been avoiding having sex on certain days and times of the month. He even pulls out and thinks I don’t know.

The reason I am sharing this story is so that maybe I can save someone from the regret I feel every single day. Not just for having the 2 abortions but for letting him be the deciding factor in my life choices. I am planning on leaving him very soon and moving forward with my life. If a man asks you to do something like this and you don’t want to I encourage you to think about yourself and the fact that he will never know or care about the pain that you will go though. If you do it for anyone do it for yourself because that will make it easier to live with. If I would have done what I wanted and not care if he were to have left or not (which he wouldn’t have) I would most likely have 2 more beautiful kids. Now while I am very blessed to have my twins, I will always have regret and resentment in my heart. There will always be an unfillable void. Please if you do want to go though it there is no judgment here but do it for yourself and no one else. Do not make excuses like I want my kids to have a father or he will love me more if I do this for him. Kids grow up just fine everyday without their dad and I can promise you he won’t. He will own you. Just decide for you and only you. I’ve made this mistake twice now and I would give anything to get at least one back.