I Couldn’t Get an Abortion from that Moment On 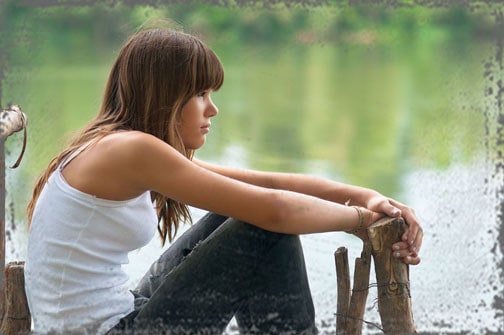 My name is Brooklin, I’m 18 years old. I’m a senior in high school and I’m 4 months pregnant…. this is my story.

Let me tell you a little about myself, I had a very tough childhood growing up, I grew up without parents, I live with my grandparents instead. Growing up I loved art & anime but what I loved the most was drawing anime or painting anime…. it become my dearest passion. It was my favorite thing in the world. I even considered about going to art school, but all of that changed. in September of 2016.

I met a guy online named Brandon. He was very sweet and shy like me. We began chatting then he eventually met me on September 24th. I walked all the way to the mall just to meet him. We had a connection, it was nothing like I ever had with anyone else…I fell in love with him that night. In early October we had unprotected sex and later in October I started having all the pregnancy symptoms…..expect vomiting. But I would feel sick, but not like I would have to throw up, my period was also late. I was suppose to get it on the 26th, but it was a couple days late. I had a 28 day cycle and my periods were never irregular. I was really worried, but thought maybe it’s late this time. I was so WRONG!

Forward to November 11th, I took a pregnancy test and BOOM! Positive! Then I wanted to see a doctor just to make sure the test wasn’t inaccurate. I went to the doctor’s on the 16th of November and sure enough I was indeed pregnant. When the doctor told me I just froze, I was scared, anxious, worried, I wanted to give up and die that day. I felt so stupid and irresponsible. I didn’t know what to do…how can I take care of a baby? I’m too young for this! People are going to judge me! I kept getting all these thoughts in my head at once. How am I getting to tell Brandon? Or my grandparents?

My grandparents eventually find out on their own and they were supportive, but I had to tell Brandon. I had to tell him, I just didn’t know how! I sent him a text message a couple days after the appointment, then I waited for a response from him. He was pretty angry and scared. At first he ended up cutting off connections with me and deleting me off everything…. it broke my heart. He also refused to tell his parents or anyone about my pregnancy, which I ended up writing them a note when I was 3 months pregnant. They responded back and they were also supportive and they even said I could live with them when I’m finished with school or when I get my GED. Brandon also apologized and now we are back together.

At first this pregnancy was a nightmare! I hated being pregnant and I was considering abortion, but now I’m happy with my baby! I had my first ultrasound and I fell in love whether Brandon was there or not! I couldn’t get an abortion from that moment on. I’m happier than I ever was.