Hoping My Story Helps You! 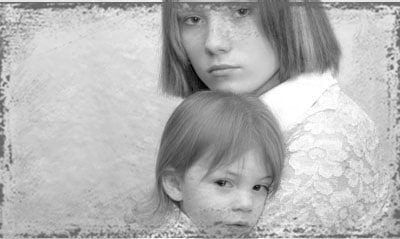 When I was 15 I was in a relationship with a boy 2 1/2 years older then me. We had a lot of the same values things in common and so on, we had been together since just before I turned 14, so just over a year. I thought we where soul mates. He was kind of funny, respectful, the whole works. On my 15th birthday we had discussed and decided to have sex, even though we where only kids.

I was getting ready to start my sophomore year and his senior. We used a condom and he even researched brands to make sure we would be safe. 2 weeks before school started we found out I was pregnant and we had only had sex the one time. That’s right, one time with “protection”. We both were scared and weren’t sure what to do since we thought we took good precaution as to being safe. He told me not to say anything till “we” decided what action to take. I wasn’t sure what he meant by that, but I agreed. Within a few weeks of finding out, he started doing drugs and drinking, which he had never done before. Then he started becoming more and more possessive and jealous, then he took me too a clinic and to get a referral for an abortion clinic.

The lady that gave me the papers at the clinic told me that I couldn’t lose them, I would need them at the clinic and they where not replaceable. Then afterwards my boyfriend told me that I had to steal a credit card from someone to pay for it since we as kids had no income. I told him I wasn’t comfortable doing that and he said I didn’t have a choice, that is what was going to happen.

So when I got home I threw my papers in the fireplace and told him that I had lost them a few weeks later. After that he became violent and not in any minor terms. I remember him telling me I was useless now I was labeled as a slut even though I had only been with him and no one would ever respect me again if I ever told anyone I was pregnant.  So I continued to hide it from everyone, friends, family, everyone…no one knew. He became more violent the further along I got. He would kick me in the head, punch me in the stomach, trying to get me to miscarry.I had been knocked out by him several times, once for over 4 hours. He actually thought he had killed me. He told me no one would ever believe me if I told anyone about the abuse. I of course blamed myself even though it wasn’t mt fault.

His drug use got worse as I got further along. At 35 weeks, I was sick at home  and my parents where grocery shopping. I was in shorts and a t-shirt since I was the only one home.  I was getting something out of the fridge when my mom walked in and saw my stomach and asked if I was pregnant. I was never so relieved to have had them find out, because I wanted them to know so bad, but was told I couldn’t tell anyone.

I never got very big. I had only gained about 15 pounds and it was easy to hide. My mom got me into the doctor the next day. My boyfriend said that since my parents knew, then we needed to find an adoption agency to take the baby. When I told my mom that we where going to look for a family to take my baby, she asked if it was what I wanted. I said that was what we had decided, feeling it was the only choice that I had.

We found a family that was amazing, so nice, gifted and had already had one adopted son. They owned their Real Estate business and the mom was a stay at home mom. They wanted us to do an open adoption so we could still see him grow. I was 39 weeks when the baby boy was born he was small 5.5 lbs and 16 in long so he had to stay in the hospital an extra day to make sure he would gain some weight before we left. The adoptive family was there, held him and the attorney was there for signing the paper work. They were all in the hall outside my room. My dad, who hadn’t said much of anything to me since he had found out I was pregnant except did I eat my vegetables and are you taking your vitamins, asked me if this was what I wanted for sure cause this baby is yours and if you at all think you can do this we will take him home and we will find a way to make it work. He was the only person that ever gave me that option that said I had a choice and so we took him home. I had nothing, no diapers, blankets, nothing, not even a name. My dad stayed in the room with me when I told my boyfriend I wasn’t going through with the adoption and the baby was coming home. He was upset, not angry, but upset as in, ” What do I do now?” upset. He got a job the next day. I pulled my savings for college out to buy what I needed to get started, so my parents, even though they offered, didn’t have to buy everything.

When the baby was 2 weeks old we finally agreed on a name. We aren’t together anymore. We split up just after my son turned 2… after my boyfriend started being abusive and into drugs again (he stopped after the baby was born). He has never been a part of his life and my husband now has adopted him. I graduated from high school with 27 extra credits and had a full time job. My son is now 14 and is taking college level classes and is going to go to college for engineering in 2017. I never felt that I missed out on anything, because, he is all that I live for and don’t know where I would be today without him. Everyday when I look at him I know that I made the best decision for the both of us.

That is my story I hope it is useful to someone ! You can do it!