His Heart Is My Heart? 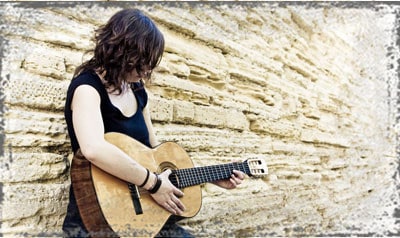 Hey. I am Kelly and I am 18 years old and live in Australia. I found out yesterday that I am 5 weeks pregnant and I have a really bad situation.

It all really started 13 months ago when I got out of a really long relationship. I was just adjusting to being single and Matt came along. He was everything I needed at the time and paid so much attention to me. He really was the thing that I needed to get over the other guy.

So we started dating and for the first couple of months everything went well. Then we started breaking up. We would break up for a couple of weeks then start talking again and get back together. This happened about 5 or 6 times.

The last time that we got back together he promised everything would be different. He wouldn’t break up with me again and he could never break my heart again like he had so many times before because my heart was his heart. I believed him and everything was different.

We moved out into our own apartment and everything was going really well for about a month. Then we started fighting, and one night I went back to my parents house to have some time to think. When I came home in the morning I went through his phone and”he had asked a thousand other chicks back to our house for sex”. That broke my heart but he had never done anything like that before so I thought everything would be ok. And it was for a little while. He bought me a promise ring and said one day it would be a bigger ring on my finger coz he couldn’t imagine his life without me. But we kept fighting 3 or 4 times every day and a month went by like this and he decided that he couldn’t do this anymore coz he wasn’t happy.

But I loved him and couldn’t imagine waking up without him. He really was my everything and he broke my heart into a thousand pieces. That was a week  ago today.

So I moved out and moved back to my parents. I would text him 10 times everyday telling him that I loved him and that it didn’t need to be like this. He wouldn’t reply.

Then I had arranged to go down to our old place where he was to sign some legal papers about the lease and stuff on the Thursday. I hadn’t been feeling well but I just thought it was because I was going through heart ache. So on a whim I took a pregnancy test and it came out positive.

Straight away after our mutual friend called and said that she just found out that he had been cheating on me since he asked all those girls back to our house for sex.

So I went down there to tell him that I know that he cheated and that I might be pregnant. All he said was that he would pay to get rid of it. But then we started talking about friends and old times and one thing led to another and well you know.

Then he made me leave coz his friends were on the way to his house and he didn’t want them to see me.

Then the day after I found out I was pregnant for sure from the doctor.

I told him and he thinks that it is a stunt to get him back and “all he wants to do is send me the money to get and abortion”.

Everyone I have told has told me to get rid of it and that I am too young and beautiful to let this ruin my life.

I haven’t told my parents yet and I don’t think that they will be able to handle it. We have had alot of things going on in my family lately and I think my Dad is on the verge of a heart attack.

I just dont know what to do. I still love him with everything in me. But I know that I could never go back …..