He Would Support My Decision 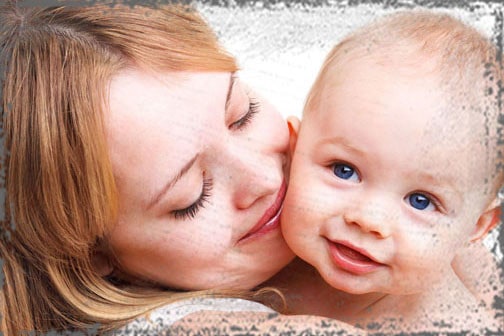 Dear Becky — One month after my 17th birthday, I found out I was pregnant. I had suspected I was but on May 4th, 2005, I knew for sure. I told my boyfriend and he was scared and worried about the future. He told me that he would support any decision that I made.

Ever since I was younger I hated the thought of abortion. Even worse than the thought I couldn’t even imagine myself having one. So the day I found out I knew I was giong to be a mom in 9 months. When I was about 2 and 1/2 months, my mom started questioning me. She had an instinct that I was pregnant. So when she asked, I told her. Now, she doesn’t believe in abortion either but she was so mad, she through that option. I was firm in my decision and told her NO! My boyfriend was away in Mexico at the time and her and her husband thought that he was gone forever. I knew he wasn’t and when he came back they were shocked.

I never thought being pregnant would be has hard as it was. When I was 6 Months pregnant, I was diagnosed with Preeclampsia. My doctors and I tried to keep me pregnant for as long as we could with weekley exams, stress tests in the hospital and weekley ultrasounds. But it didn’t work. At 33 weeks I gave birth to my son Robert James Trejo (RJ). He is the love of my life and my boyfriends. We have been together for 2 years now and my son is about to have his first birthday on November 30. I can’t imagine myself without him.I encourage all you readers out there, not to think about what damage having a baby can do to you, but what joy an happiness it can bring. You know there are going to be hard times and that’s the same with any life whether or not you have a child, but trust me, all the happy times definetly pay off. And if your afraid of your mothers, fathers, or even boyfriends opinions, just think about that baby growing inside of you, think of that other person that they seem to be leaving out of the picture, becacse at the moment of conception, that it is a person in there and all the people that say things like get an abortion, will love that baby no matter what!

Dearest Bea – hi, my name is Lisa and I am from the Stand Up Girl website.Bea I have to just tell you that I know how difficult being pregnant and a teenager can be. I also have to say that even though that is so hard, you became a Stand Up Girl and I am so very proud of you! I bet your mom is too.Thank you Bea! Thank you for standing up for what was right and also coming forward to share that truth with others. I know it was a difficult season in your life. Definitely! But you chose to stand and today you have a beautiful son to show for your Stand!Great job!I think your story would be inspiring to other girls in the same situation.Thank you for your e-mail.