He Offered Me A Drink And I Took It 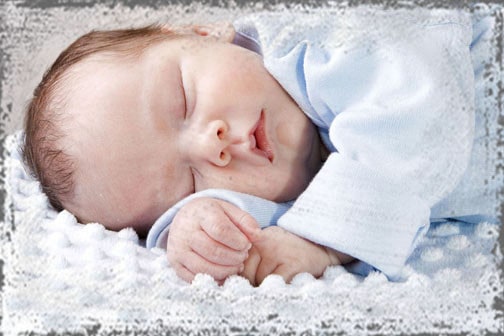 Dear Becky — Hi, my name is Renee and I am 18 years old. When I first moved to the state where I am living, when I was 16, I was desperate for friends. I was going to school, but I didn’t really get alone with other teenagers my age, so I didn’t have many friends.

I met this guy who lived in the apartment upstairs from where my mother and I were living. He seemed so nice, we would hang out and watch movies and just talk. He seemed actually interested in me. A few weeks had passed and he invited me to a party that him and his room-mate were having. I accepted and brought a few friends that I had met. Little did I know that that night I would conceive my son.

Anyways, the night was going good and all of us were having a good time. He offered me a “drink”, and I took it. Everything after that is a little fuzzy.

I remember waking up the next morning at about 6:30 am, with him next to me and I was sore. I looked around for my clothes only to see a little sandwich baggy full of white pills. I hurried up and got dressed, told my girlfriends I was heading home, and walked out the door. I went back to my apartment, went in my room and cried, knowing what had been done. About 6 weeks later (still no period) I called him down to my apartment. I told him that we needed to talk…. When I told him that I thought I was pregnant, he told me to either get an abortion or do alot of drugs to have a miscarriage ( I don’t do drugs) That is when I proceeded to tell him to get out. A few days later after getting the courage I told my mom I thought I was pregnant. We went to the store and got a pregnancy test. I took the first one that night, and it was positive. The next day I took the second one, which was also positive. Without telling my mom what it said I ran out of the bathroom and into my room, slammed the door, and sat on the floor and cried. She called me out into the living room and asked what was wrong, I told her that my life was ruined. She then told me that no my life wasn’t ruined, that it had just begun. All through-out my pregnancy I never heard from the father. About 2 days after Christmas I was having really bad pains, my mom told me that the baby was sitting on my bladder. (to make me not worry)

On December 31st 2003 I started having contractions, my mom told me just to relax, that there was no need in rushing things. At about 8:30 January 1st 2004 she drove me to the hospital. My son was born January 1st 2004 at 11:08 am. 6 pounds 4 ounces, the most beautiful little boy I had ever seen in my entire life. I was so happy. A few months later I started dating my boyfriend, whom I have been with almost a year now. He is so wonderful with my son, Alex (my son) even calls him daddy. But, anyways, a few months after Alex was born Eddie (my bf) had just dropped me back off at home, and Alex’s biological father called me and we talked about the baby and him taking responsibility for his actions. He told me he was gonna take care of what he had to do, gave me “his” number and told me to call him the next day. Eddie had come to get me the next day after I told him about the phone call and cried in his arms. I then tried to call Noah (biological father), just to find out that the number he had given me wasn’t a working number. That was the last time I had ever heard from him. Looking at my son today, I know I made the right choice about having him. I know I am young and still have my whole life ahead of me, I just got off to an early start with having a family. My son is now 14 months and 10 days old, and is the most awsome thing I have ever seen. Eddie and Alex are the two most wonderful people to have entered my life.

Thank you for letting me tell my story. 🙂

Wow Renee – your story is one of those that you sit on the end of your chair and don’t want to stop reading until the very end.

I bet your little boy is so precious in your sight and may I say, I love to hear girls sharing about other honorable men out there where … just because you have a baby will not stop that ‘right man’ from caring about you AND your baby.

I am so very happy for you. Thank you for sharing your story with us.