Finding The Right Guy Is Hard 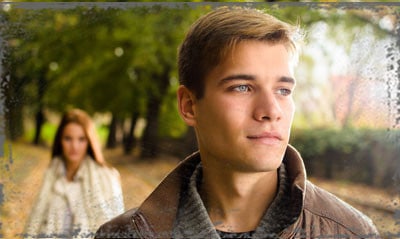 Experience is one way to learn from mistakes, but a much less painful way is to listen to the advice of someone you trust.  My dad often tried to drill some dating standards into my head, but when I was in High School I didn’t think he could possibly know what I was going through…

Finding the right guy is hard!  Sure, it’s easy when you’re cruising the mall, smoothie in hand, to find a boy that makes your heart race, but what then?  If you manage to talk to him, how do you know if he’s the kind of guy who’ll treat you right or if he’s just in it for sex?   What’s a good basis for a relationship?  Should you be friends first? What happens if the guy is already your friend?  Will it change things?  If you break up will it ruin the good thing you have established?  Why does everything have to be so complicated?

Before I met my husband I dated 16 guys.  To some people that might sound like a lot, to some people that might only be a splash in the bucket.  If I had known then what I know now, though, that number would be a whole lot lower.  Experience is one way to learn from mistakes, but a much less painful way is to listen to the advice of someone you trust.  My dad often tried to drill some dating standards into my head but when I was in High School, I didn’t think he could possibly know what I was going through.    Still, he brought up these three points to me frequently and as I’ve gotten older I see how right he was.

1.  Watch how a man treats his grandma, mom and sister.

If the boy you like calls his mom rude names, punches his sister when she interrupts him, or badmouths his grandma, eventually he will treat you the same way.  Don’t think that  you are going to be the exception to this rule.  It’s really hard when you like a guy to walk away from a relationship before you’ve even given it a chance but trust me, this is a  HUGE red flag.  You deserve a man who is respectful of women and if he can’t respect the most important women in his life he is not going to respect you.

My sister Sarah married an amazing man.  He’s very loving toward his mom and aunts and she never heard him say a rude word about either.  She saw how he treated them before they got married and he treats her the same way.  He’s never called her stupid, put her down, or criticized the way she looks.  How a man treats the women in his life is the best indicator of how he will treat you down the road.  I am so thankful that my sister found him.

2.  Do not date someone who does not have a demonstrated ability to have and keep a job/keep up with school work.

I know, I know, this seems picky but you need to be picky!  If you date someone for long enough there’s a chance you’ll end up marrying him and do you want to have to work three jobs to pay your rent every month?  I didn’t think so!  A good work/school ethic also means that a boy is going to be more likely to help you with dishes and laundry in the future.  Even if you don’t plan on marrying every guy you date, if you get in the habit of dating guys with good qualities you’ll be setting yourself up for a happier future.

When I was pregnant last year I had to go on bed rest for 11 weeks.  During that time, my husband, Jeff, had to cook, clean, do all the laundry, pay all the bills, buy all our groceries and keep his full time job.  Can you imagine what a disaster it would have been if he was the kind of guy who sat on his rear all day?  Our lives would have fallen apart.

When we were in college together Jeff hardly ever missed a class and he had a part-time job at the mall that he never missed.  I saw then that he could manage his time well and so when things got tough in our marriage he really came through for me.

This may be the biggest red flag of all.  I’m sure you’ve heard this a dozen times but if someone hits you once they will probably hit you again.  People can get help and people can change but it takes a long while and you should not stay with someone who abused you while they’re trying to turn their life around.  Chris Brown and Rhianna were all over the news when he hit her a few months ago and everyone from Dr. Phil to Kanye West weighed in on the subject by saying that she needed to get out of that situation.

These are just three rules out of dozens that are useful to keep in mind.  You might be thinking to yourself that when you date someone it’s just for fun and you aren’t planning on marrying every single one of these guys.  That may be true, but when you start down a certain path sometimes it’s hard to get yourself turned around.  Your best bet for a happy future is to get yourself in the habit of making good choices now.