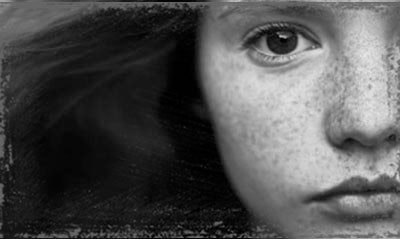 My last article was about telling your parents that you’re pregnant, but what if after you tell them, they want you to get an abortion?  What about all those family members who are weighing in with their (unwanted) opinion telling you that you are not able to be a mother?  It’s stressful and it’s a lot to deal with especially while you are pregnant.  The good news is that you will be able to get through it.

Once people learn that you are pregnant, most of them will start telling you their opinion of what you should do with your pregnancy.  Unfortunately, a lot of women allow those people to influence their decision.  It is easy for people who are not in your situation to have an opinion about what you should do.  The reality, though, is that they are not in your situation and they just don’t know.  The truth of the matter is you’re the one who has to make this decision and no one else.  You have to do what you want.  And most importantly, not choosing abortion because you don’t want to, is a good enough reason.  Sometimes the best decisions you will make in your life seem to be the most impractical at the time.

It’s easy for people to tell you what to do with your pregnancy, but you are the one who has to deal with the consequences.  Some women suffer physically and emotionally after an abortion.  In some cases, the emotional side effects can last a lifetime (though they don’t have to with good post-abortion care).  Because you will have to go through the abortion procedure and have to deal with all that comes with it, you need to make this decision for YOU and no one else.

When women find out that they are unexpectedly pregnant, friends and relatives sometimes begin telling them that they will not be a good mother.  Unfortunately, many women believe these words.  The truth is, no one will know how you will be as a mother until you’ve tried.  Moreover no one should preemptively end their pregnancy because they don’t think they will be a good mother if they haven’t even tried.  It is true that being a mother is a big change and it is not easy; however, the only way to learn is by just doing it and making mistakes.

If your heart is telling you that you don’t want to have an abortion, why not listen to it?  It is true that sometimes our hearts mislead us and it is not easy to trust it; however, the decision that you make now will affect you for the rest of your life.  It is important to listen to your heart just as much as you listen to your head.  Abortion is a very permanent decision and once you’ve made it, it can’t be undone.  Oftentimes, our hearts and our feelings tell us what it is we really want.  It’s ok to listen to that.  Sometimes women who don’t listen to their heart and have an abortion anyway, have a more difficult time healing from the emotional consequences.

If you’re feeling pressured to have an abortion, you can be a Stand Up Girl and stand up for what YOU want.  What you want is important and it should not take second place to what others want for you.  It is not easy to stand up for what you want, but you can do it.  After your have your baby and are able to hold him or her in your arms you will know that you have made the right decision.