Doing This On My Own 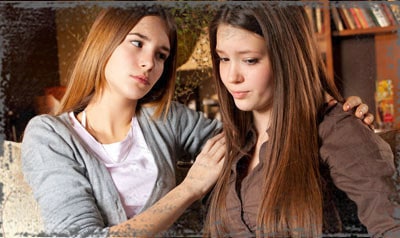 I was a party animal. Went out 3-4 times a week wasn’t much of a drinker but I loved to have a good time. One Saturday I went out with my girlfriends we were having a blast and we went outside for a smoke when this guy beside me tells this other guy that I look like some girl he knows, so I turn around and the other guys like “Yeah my cousin thinks you look like one of his friends” and we just started chatting and we were teasing the guy (the guy who said I looked like his friend) calling him Massari cause he really looked like him but he was super shy and always running away. So we leave it at that I go back in the club and I bump into him moments later. I look at him and I’m like “what’s your name?” He’s like “Ranim”, he asked me for mine and I gave it to him. My friends were calling me so I told him I’d see him later. But we ended up leaving the club to go to another.

As we were leaving I saw him outside I was like “stop the car!” but my friends like “don’t be ridiculous Jess, you’ll never see him again”. And that was that. The next day I just couldn’t seem to get him out of my mind so I looked him up on facebook cause lets not kid, with a name like Ranim there’s not too many in this world. And I found him. I added him as a friend and wrote to him “Massari I found u lol” as a joke. And from there we started talking. A few weeks later we went out on a date and he was such a good looking guy its insane.  He was super nice, always took me out and one night after going out we went to his house and watched a movie and one thing led to another and we started sleeping together. At first it was protected but after awhile it wasn’t, and I kept warning him I don’t take the pill so be careful. He was like “yeah yeah jess don’t worry about it”. One night we went out to a work party had a couple bottles of wine, went to his house and it happened again but this time I felt him cum, I knew it and when I asked him he’s like “don’t worry” I’m like “no I’m sure you did” he’s like “jess don’t u think I would know?” so he really convinced me that he didn’t so I didn’t take the morning after pill.

So 3 weeks go by and I can feel my breasts swelling and hurting, my boobs never hurt…so as soon as I feel that I call my best friend I’m like “pick up a pregnancy test and get here right away.” (and this is before I’m even supposed to have my period) so she comes I drop the test on the floor so she’s like “it might not work but give it a try”, I go to the washroom and I come back out with a blank face. It was positive! so I’m freaking out, my friends freaking out so I’m calling Ranim telling him to get to my house as soon as possible that we need to talk.  He wanted me to tell him then but I told him I rather tell him when he gets to my house. He’s like “look I’m up north if u cant tell me on the phone tell me as a text”, so I text him saying “look I’m not 100% sure but I had a feeling I was pregnant and I took a test and its positive so don’t worry it might be broken so I’ll take another one tomorrow.” 5-10-15 minutes go by and now I’m getting scared. He finally calls me to tell me not to worry everything’s going to be okay were going to get through this together. The next day I bought 3 other tests all positive. In my head I was honestly happy but scared at the same time. I started a baby diary where everyday I would write to see how things are going but I knew I would never get an abortion. I’ve had one when I was 16 to twins and it traumatised me and i’ve never regretted anything sooo much. This baby was going to live no matter what. Whether I would be alone or not I was keeping it. I was scared about my family and Ranim but I was ready to assume my responsibilities. Ranim came over 3 days later I might add because he was “busy” and when he did come it was very clear that to him I was getting an abortion. He never even asked me what I wanted it was the only way for him.  He looks at me with big eyes and says, it’s not to your advantage to keep it. So from that day I just stopped calling him texting, and him seeing him. Then when people started to find out he messaged me saying are you crazy? I never replied because even his friends told me he won’t be there and I knew he wouldn’t and on top of that we have totally different religions so it was never going to work. I’d rather raise my child in a calm environment then to raise him with two parents always fighting and not together. Now I’m 6 months pregnant, its been hard at the beginning breaking the news to my family who at first didn’t approve but now are happy as ever.  And the beginning of my pregnancy wasn’t easy, I was always sick had to call 2 months of work off but now I’m good, healthy and so is my baby.  To this day I still write in my baby diary and Ranim, well, he deleted me off facebook and never tried to contact me, I wrote him an email asking if he wanted to take part but he never wrote back so I’m doing this on my own I’m 21 but I have a good job I’ve been living alone for 4 years and I know this is the best thing that ever happened to me:)

Hi,
Thank you so much for writing your story.  It was great to read!

I am so happy that you have decided to parent your child no matter what the
cost.  You are a real Stand Up Girl.  Even though the father choose to
unfriend you and run away from the whole situation you are to be admired for
your ability to do what is right and stick with it.  What an excellent
quality to have.  Your baby is lucky to have a mother like you.  He or she
does not know it yet, but they are very lucky.

Just keep on hanging in there.  Having a child is never easy but it is the
best and most rewarding thing.  I think you are going to be great and you
are off to a great start!