But That Little Pink Line 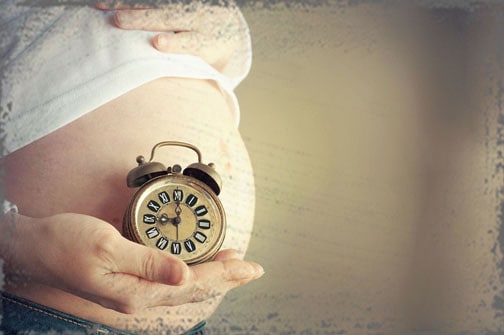 I stared at the little pink line as I sat on the bathroom counter.

No, I thought. No, this isn’t happening. I’m going to wake up right now and I’m going to live the rest of my life.

Needless to say, I broke into tears. I didn’t wake up. This was real.

I was sixteen years old, top of my class in every subject, and big college plans. From day one, I have been told I was a smart girl. I could read at three. I could read as fast as my mom could when I was six. And by the time I was eleven, I had reading comprehension that matched a high school senior. French was as easy as un, deux, trois, and Science wasn’t a problem. Social Studies took no effort, and Math went fine.

While I wasn’t part of the “In” Crowd, I definitely had lots of friends, some of them since I was six months old. I thrived on conversation with my friends, each one of them making me a little bit more complete. Then there was gymnastics, my sport, my passion. On the Varsity High School team, I competed twice a month and brought in the highest scores, the heaviest medals, the tallest trophies.

I was on top of my game.

Until, of course, I sat in my bathroom, staring at the little pink line. And that was when my “good girl” life was over, and my life as a mother began.

Evan and I had been dating for almost a year. We were made for each other. We spent long hours together, enjoying the simple things – watching clouds go by, the sun setting, a vanilla ice cream cone on a hot day. Unlike other couples, sex wasn’t the magic answer for love. We held hands, and we kissed. We rarely had sex. In fact, I was a virgin until the night we conceived. While I wish I had saved my body for marriage, I loved Evan, and he loved me. I decided maybe it was okay.

But that little pink line. Far from an inch thick. Just a little, undeserving pink line. Yet it revealed so much.

Within time, I told my parents. My dad was upset. Not mad, not angry. Disappointed. My mom was shocked. She got over it quickly, and then cried, holding me in her arms, calling me “her baby.” I’m not sure which reaction was worse. In some way, I hated them both. I wanted them to be furious, I wanted them to throw me out of the house, to call me every name in the book. Something I had always been told was so bad, was suddenly so accepted.

I cried for a week.

I had to quit gymnastics. It was much too dangerous for my baby. I never told my coach the real reason for quitting. I told him that my mom was afraid of me developing an eating disorder. He looked me up and down. Not such a bad excuse – I was extremely thin, even for a gymnast. When I was twelve, I became anorexic for a short period of time, starving myself along with insane amounts of exercise that eventually lost me exactly half a pound. I lied, and I hated it, and I hated quitting. Yet I vowed to myself that I would do anything for my baby. And I stuck to that.

Next I had to tell Evan. For a minute and a half – I counted, although it felt like an eternity – he said nothing, rubbing my thigh with his hand. I cried. He hugged me, told me it would be all right. I knew he would be an amazing dad, and I told him so. He smiled at me, and we kissed. It proves how strong our love is – even at the lowest point of my life, a simple kiss turned my world around.

A child, having a child.

The first time I saw the heartbeat, I cried tears of joy. There was really a living growing thing inside of me. A real life, a real baby, a real person. My child.

As I began to show, rumors flew. One particularly nasty girl sent me a Pampers diaper and asked me if I would need any soon. Shopping for maternity clothes was the worst. It was even worse than the embarassment that I felt as I shopped for my first bra, coincedentally at the exact same time my crush walked by. My friends supported me, just as excited as I was for the baby’s arrival.

One night when I was seventeen weeks, Evan and his parents, along with me and my parents all sat down to discuss the baby. We all quickly ruled out abortion. I had researched it, finding your website. It was a cruel practice, a selfish one. I hated it. We were almost about to choose adoption. Evan’s dad was on the phone with an adoption agency. Yet right then, I felt my first kick. And that’s when I said no.

At twenty weeks, I found out whether the baby was a boy or a girl. Although I had guessed a boy all along, it was a girl. After months of frilly pink socks and name lists, we were set. I left school on April 3rd, three weeks before my due date, making the final preparations.

On April 7th, at 4 AM, my water broke. I cried on the way to the hospital, half over-joyed, half overwhelmed. I called Evan and he met us at the hospital. As my contractions began, I felt the worst pain I have ever felt in my entire life. I pushed as hard as I could. Nothing could come between me and our baby. My mom was at my side, Evan and his mom in the back of the room. I couldn’t see them, I didn’t want to see them. I kept my eyes locked into my mom’s. Suddenly, I heard screams. I looked around, realizing that Arielle had come into the world.

She was beautiful. No- she was more than beautiful. She was perfect beyond words. Tiny toes and tiny fingers, and the most soulful eyes I have ever seen. She lay on my chest, calming down. Evan came to see his tiny daughter. We hugged her, cuddled her, caressed her body. In all my life, I have never felt such love for anyone. This was my daughter. To her, I was a hero. To her, love was all she needed, and love was all I had. This was my daughter, and I was her mother.

Eight minutes after she was born, her pink cheeks turned red. Her soulful eyes rolled. Her heartbeat spiked and then dropped dangerously low. Before she was out of my arms, Arielle grew wings and became our angel baby.

I felt unimaginable pain, sorrow beyond sorrow. I screamed out as she was taken from my arms. I choked on my own tears as she was pronounced officially dead. My beautiful princess, my beautiful Arielle. Nothing could replace her- conceived in the very image of love, nurtured and cared for since before she was born, given loving parents who would do anything for her.

And in eight minutes, that was all taken away from her.

For months after she died, I was angry. I was angry at myself, although it was not my fault. I was angry at the world, although they did nothing wrong. I was angry at God, for letting us down. He had not taken care of Arielle. I hated Him for taking my daughter away from me. It took me a long time to understand that now she lives in heaven and has unlimited joy and happiness, is cared for by the angels, and is watching over Evan and I.

Sometimes people ask me, “I heard that you had a baby. Where is she?” I tell them that she is an angel, and that she is with God and watching over us. Because it’s true. Sometimes they say, “I guess you’re not a mom, then.” And that’s not true. No matter where my child is, I am a mother, a mother who would do everything and anything just to have one day with my child. And that, in my opinion, is the true meaning of a mother, teen or otherwise.

Today was her first birthday. There were no presents to be given, no cake to eaten, and no candles to be blown out. There were no wishes made today, except for mine. My wish and my prayer and my hope is that one day, everyone can know that somewhere, whether on heaven or on Earth, that someone loves you.

Thank you for listening to my story. Your website is truly an inspiration.

Dearest Hannah – I wept aloud as I read your e-mail. I weep now as I can barely see the keyboard to type my deepest most sorrowful heartfelt words, words that can not express my emotions and my sorrow for your tremendous loss.

I wish so badly that I could just give you a great big hug. One day you will have a husband by your side, and a new baby to hold — a baby sister or brother for the already wonderful mommy you are!