But I Already Loved That Baby 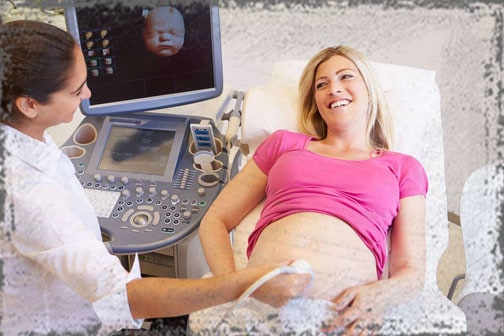 Dear Lisa — I am writing you in hopes that maybe my story can help someone. It’s almost ironic. When I found your website in February, I had just found out I was pregnant, and it one one of the very things that helped me decide to keep my baby. Now in May, I’m back here hoping to find some sort of solace for the horrible act I ultimately committed.

I’m 23 years old, I have a full time job, I’m married, we own a home, and my husband is in the military. At the time I found out I was pregnant though, my husband and I were seperated, one of the main reasons for that being that as I got older I wanted children, and he did not. When I told him I was pregnant, he was not happy at all. Immediately he began pushing abortion. I listened to what he had to say, but I already loved the baby that was growing inside me. But he is a very convincing man, and he almost had me convinced that was the right thing to do, altough I still fought him on it.

I had been having some complications, so I had to go to the doctor. He took me, and on the way there, he told me that he had changed his mind, that we could do this. I was so overjoyed! I was gonna be a mommy! I did everything right. I read the books, took my vitamins, everything. I went to another followup appointment where they did an ultrasound and I got to see my baby for the first time, hear his heart beating inside me. My husband was out of town so my mother was there with me. It was amazing. Then he changed his mind. April 4th he came home, and I knew something was wrong. When he finally opened up, he had turned into someone I didn’t know, a monster. He hated me, he hated the child, I would never be able to make it without him and he didn’t want to be a part of any of it anymore. When I left, I convinced myself that I would never forgive myself if I subjected a child to that sort of father. So the next day, I made the appointment.

April 16th, 2005, at 8:45am I walked into the clinic with my husband. Of course he was kind enough to take me, he had ultimately won. They took my name, took my money, and told me to take a seat. I couldn’t look anywhere but down. I knew what I was doing was wrong. They called me back for bloodwork, then put me in a room with 20, (yes, 20!) other women where they explained to us all the legalities of it and how the procedure goes. Then they split us up into groups of 10, and put us in rooms where we were medicated with valium and motrin, we changed into our hospital gowns, and waited. No couseling was offered at this facility. I swear if one of those staff members had asked if I was doing this for myself, I would’ve said no, walked out, and would still be carrying my precious baby. But my child had no such opportunity. Eventually they called my name. They walked me back to the room, and laid me on that cold table and put my feet in the stirrups. I had nitrous gas, but as soon as the doctor walked in it was as if I had had nothing. I was completely sober.

I will spare the specifics, but I will say it was as close to death as I have ever felt. The doctor was cold, snappy, and rude. He didn’t even warn me that he was going to begin. I began to hyperventilate. I wanted to stop it but it was too late, the damage was done. I lay there crying out to my baby and to God, “I’m so sorry, Forgive me please!” When he began the removal, I literally felt a piece of my soul come out of my body. That afternoon, when I was finally allowed to leave, I left a completely different person. I was hardened, angry, sad, and completely alone. One month to the day has gone by, and there hasn’t been a day where I haven’t though of Michael Thomas (thats when I named him). I never was shown that he was a boy, but I just feel like it was a boy. Every day I have flashbacks to April 16th, and every night when I close my eyes, I see this sweet child, just after delivery being wrapped up by the nurses. Just as they get close enough for me to touch him, I wake up.

I will regret my decision till the day I die. I chose the so-called love of a man over the love for a child. NEVER AGAIN. I could have done it. But I was weak, timid, afraid. There ARE options for girls. As sad and hard as adoption would be, those brave women that do it are HEROS, through and through. They are the heros to their child, to the family that adopts, and they are a small ray of hope for all the unborn children, that there IS a chance at life. I don’t know how this sounds, I dont know if you can use my story. But I felt in honor of my child, I had to put my story out there, to possibly stop one child from suffering as mine did.

Thank you for your time.

I have to start my e-mail to you by firstly telling you that I truly believe that when I post your story on our webiste – babies will be saved! Your story is one of the most touching stories and I know that it will help put the abortion experience into perspective.

On another note, I would like to share with you that I know the broken heart that you have regarding the loss of your baby. Often times we have so many emotions we can’t even put a finger on one specific emotion because there are so many: Guilt, grief unspeakable, loss, an empty place in your heart that nothing can fill, maybe anger and/or bitterness, remorse and so on.

Too many to just put onto paper, but it can be overwhelming sometimes. In a couple of months, we should have some materials on our website called “Forgiven and Set Free” a book by Linda Cochran and this will be so helpful in any healing that you may need or desire.

Please feel free to e-mail me if you like. I know what it feels like to need to talk to someone who understands. I understand and I’d love to be here for you.

Take care my friend. Thank you for your e-mail.