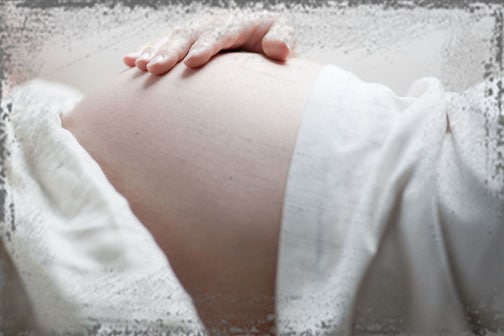 Dear Becky — I must have thought that I was invincible, that this could never happen to me. But, nonetheless, here I am, sixteen, and nearly seven months pregnant. In high school, I was in the ‘in-crowd’, going to parties all the time, varsity gymnast freshman year, class president sophomore year, an A – student, and an all around likeable person. I had great friends, but somehow I couldn’t meet the ‘right’ kind of guys, the ones that would stick around. I had minor anorexia (as a gymnast I was constantly watching my weight, and was underweight), and I found myself partying more, drinking, and smoking, trying to deal with what felt like a ‘full-plate’.

In my sophomore year of high school, I met a guy named Nick, who I knew wasn’t perfect, but I just ‘went with it’. While we were dating, he was getting into lots of trouble, but the crowd we were in was the party crowd, and I thought that was what I wanted. Little did I know that these parties were going to be much more than I had asked for.

I started looking at boarding schools at the end of the year, and out of frustration with the way I had been acting, my parents agreed that they would pay for it because they thought it would be good for me to get away from the lifestyle I had acquired. Throughout the summer before I was to leave for the school, I partied hard, getting as much in as I could before I left. In one night of drunken stupidity, just days before I left, Nick and I conceived a child.

I left for the boarding school, and quickly forgot about Nick, I knew he wasn’t “the one” anyways, and never had any intentions of keeping up the relationship. At the school, there were 12 students, including myself, 2 girls, and 10 guys. I quickly got to know Tom, and began ‘dating’ him (at a boarding school like this there were no “dates” but we were together and such).

After about a month or so of being at the school, I began to get sick – I never even considered that I could be pregnant. I went to the doctor in town, with one of the school’s directors. She didn’t even ask if I could have been pregnant. A few weeks later, I was still getting sick and we went back, she ran a pregnancy test without telling me, and walked back into the room announcing I was pregnant. I was shocked. This was the kind of thing that happened to other people, not me. I was 1,000 miles away from home, having had little to no contact with Nick, the father. That night I had to call my mom from the school, and tell her, and to my surprise she wasn’t mad, but supportive. Next I had to tell Tom. It was so scary because I had finally found a guy who seemed like the “right one” and now I had to tell him I was pregnant with some other guys’ kid, and that I didn’t know what I was going to do. As it turned out he was extremely supportive the entire time.

The school gave me one option, to bring the child to term, and I could stay, whereas if I had an abortion, I would not be able to stay at the school. I opted to stay at the school, but have the baby adopted. I was not, and am not, ready to parent a child. Though Tom offered to help me raise the baby, and fill in the father role, as he is only 18 to my 16, I didn’t want either of us to miss out on college and other experiences. I met the adoptive parents on a trip home over Christmas break, chosen by my mother and her cousin, they were friends of the family and obviously would make good parents. It will be an open adoption, as I have already met them, and I think that hands down this was the best choice for me. Although I would love to be able to keep my baby, I know that the adoptive parents will be able to give him a much better life than I would have, and just as much love.

I have now left the school, as it became too difficult to handle with my growing belly, (the school has a work-study-adventure program, which included a week long trip each month into the Appalachian mountains to camp and hike, which ultimately got too strenuous for me to handle [the website is www.freedommountainacademy.com]), and as sad as I am to leave everyone there, my mother and I are now planning childbirth classes and the upcoming delivery. She is pretty excited to meet her grandson, and is happy with the choices I have made. I graduated high school a year and a half early and am planning on going to college next year, after the baby is born at the end of May.

I am glad that the people at this school saved my baby, I am almost positive had I lived at home I would have gotten an abortion, which I know is not the right choice, just the “easy way out”. The school changed my life and my baby’s future, and I am so grateful that I was there. I now have a baby to look forward to knowing and watching grow up, rather than dead at a random abortion clinic. I regret not being able to raise my child, but also know that he will be in the hands of people who will love him just as much as I already do.

Dear Vanessa — I think you are making a very wise and unselfish choice. You are giving that couple the most awesome gift imaginable! You are also giving your child the chance to be raised in a loving, stable, two-parent home. I really admire you for your courage to make this decision. Please keep in touch. I would love to hear how everything is going.

Hello! How are you? I wrote a story on your website about two months ago, while I was still pregnant with my first child, Thomas. I wanted to email you again and tell you thank you so much for your support, as well as the
// support from many of the girls that read my story – it helps so much to know there are other people to talk to and who know how you are feeling.

My son was born on May 23 at 10:30 p.m., and was healthy. The labor and delivery was so much easier than I thought it would be and my doctor was wonderful. My mother and father were there with me and it was amazing, and the adoptive parents were at the hospital as well, and were just as excited as we were. It was hard to leave the hospital and go home without my son, but now, one month later, I have seen him and he is healthy and happy, and has two wonderful parents and I can visit whenever I want to, which is wonderful. It has been very hard, and I went to court just last week to sign the final papers, and even though some days I wish I could have kept him, I know that he will have a stable home, and two parents, and I will be able to go on to college this next year (one year early – I’m turning 17 in just two weeks), and later on to medical school and be able to watch him grow and still love him. I am now getting back to my own life as well, already doing gymnastics just 4 weeks after deliver and teaching it as well, and its hard to see other little kids, but I feel good about my decision and I support other who have done it as well, or are in the process – there is nothing like it, and the feelings you feel are like no others you can ever experience. Once again, thank you for your support, God Bless You.