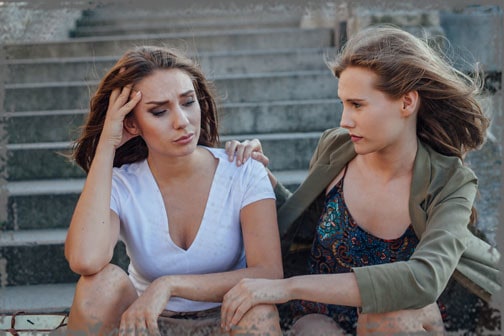 I found out i was pregnant in February, My girlfriend/partner made me take hpt. I was nerves and scared, i thought she was going to break up with me. Even though it wasn’t surprise to me but just to have her in the bathroom with me made me feel shocked to see a positive sign. I know whom ever is reading this is wondering how i got pregnant and have a girlfriend.

Well you see in December we broke up and i felt alone so i called on an ex guy friend we had a past relationship for 5 yrs and became close friends and talk about everything. So one night we was together (Dec 21 2012) and one thing lead to another. When we was together we tried to get pregnant but didn’t seem like i could conceive so we gave up. So we really didn’t think anything of it until my period was late by a month i brought it to his attention but by then we was back to not talking and just chilling. I felt my body begin to change my mouth was becoming dry and i was starting to feel sick this wasn’t normal for me i didn’t tell any one. Which lead to the second month i was late by that time me and my girlfriend was back together and now we was living together at my sisters place. She ask me when was my last period i told her i didn’t know but it should be coming on soon.(my body does that some times miss a period because i use to bleed twice a month so one month i would miss) she didn’t stick with that me long time because i was now 2 months late. But the thing is the night me and my guy friend had sex my period came on the next day (Dec 22). So now its 2014 and i’m 14 weeks and in the 11 grade hoping i will be good parent. The father wants to be around but he has a 1 yr old which was conceived while we was suppose to have been in a relationship.