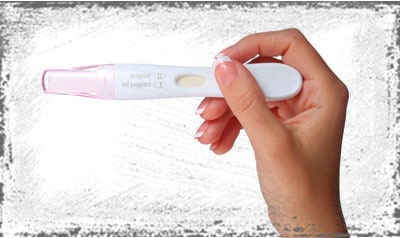 I’m very scared and so is my bf.  We actually weren’t dating when i got prego, We just hung out & had sex nothing serious.  But then i didn’t get my period.. i had had many scares but nothing ever came of them . i thought maybe i couldn’t have kids or something.. But then i was late 10 days on my period, i told Evan (the father), And he suggested we get a prego test. I thought it was another scare and i hadn’t gotten my period cause of stress or something so i took the test, Not worried at all… But then 4 minutes the longest 4 minutes of my life, and it reads Pregnant..

i didn’t even say a word to evan.  i was speechless, it didn’t seem real at all. i didn’t say anything i just passed him the test.. . . . He read it. and just said “fuck my life”, We cried, me more then him. For hours the whole night i didn’t sleep.. I was hoping i’d just wake up and this would of been a bad dream.. But the next morning when i woke up the test was still there, At that time it sank in, I was 16 and pregnant. i re read the test over and over again, read the instructions over again. hoping maybe i did something wrong. But it was all to true.

Once me & evan started to talk he wanted me to get an abortion.. He was only thinking about himself cuz he said he still had a life of partying to do and he couldn’t do that with a kid. .. i was really mad at him for thinking about himself, But i believe that abortions are the stupidest thing you can do, Like take some responsibility.  I could never ever bring myself to do that.. me and my whole family is totally against it. when i told him that he jut kept saying like “i cant deal with this” then he started to tell me if i didn’t get an abortion he would kill himself. but if i got an abortion i would probly kill myself just knowing i killed an innocent life for my own selfish reasons. . . I begun worrying about him alot, knowing in his past that yes, he has felt suicidal on more then one occasion.  But i made him realize that if he did that, it would make this 100x worst for me.. He is kind of beginging to realize that, and realize how stressed he is making me, but im still worried and don’t know what to do.. He seems like he wants this, he said he will try as hard as he can.. But i just dont know if i could live with myself, if he killed himself, or if i got an abortion. Everything’s so hard right now, But everyone says its the hardest at the beginning, And i wish he would understand that. .. I really need some advice on how to make him come around more, And if he doesn’t. Then what.

Thanks for writing.  It’s good to talk with you.

I am very sorry to hear about your situation.  My heart really goes out to you.  You really have a lot on your plate and it’s ok to be scared at a time like this.  In fact, it is normal to be scared right now, but you know what?  You will be able to get through this and things will get better with time.  It is very scary, but you can get through it.

You see, he is putting you in a really bad position.  He is basically saying me or the baby.  It’s not fair what he is doing to you.  You are the one who is carrying your baby and you are the one who has to deal with the emotional pain of having an abortion.  He doesn’t have to deal with any of the side effects of abortion.  You, however, don’t get off the hook as easily.  Abortion is emotionally devastating to women and it is not something that you just bounce back from.

It sounds to me like you know that having an abortion is wrong and your family agrees with you.  The best advice I can give you is to not do something that you think is wrong.  You’ll never forgive yourself afterward.  Listen to the small voice within you.  Don’t try to drown it out.

I feel like the best decision that you can make is to parent your child.  Giving life to your child is the greatest thing that you can ever do for him/her.  I think I would also tell my parents.  This is not easy, but at least you know they will support your decision not to abort your child.  When you tell your parents, I’m sure they will feel let down and very upset with you.  Their reaction is normal, however, and they will get over it in time.  They will not stay mad at you forever.  Even though getting pregnant is something they will disapprove of, they can be proud of you though for doing what is right and choosing to give life to your baby instead of ending his or her life.

Being a parent is hard, and it is scary, but it is not impossible either.  It is not something that you can’t do.  A lot of women have an abortion and quit before they even try to parent.  If you think that you will not be a good mother, at least give yourself the opportunity.  You don’t know what you are capable of until you have actually tried.  The truth of the matter is, no one is the perfect parent.  I can look back and see tons of mistakes that my parents made with my sister and me, but you know what?  It turned out ok.  Ya, they made mistakes but they were trying their hardest.  No one is perfect and no one is the perfect parent.  Being a good parent just means that you recognize your mistakes and try to do better next time.  So don’t let anyone tell you that you can’t do it.  That is a lie.

I believe in you and I think that you can do this.  It takes a lot of courage but you have it in you.  Remember, I here to talk with you and help you every step of the way.  I’m just an email away.  Write back soon.

Thank you very much, You really helped lots 🙂
I am going to keep the baby, with or without evan.  I told him if he keeps talking like that im gunnnna leave him, and he’s stopped. And now that hes realized abortion is totally outta the question i think hes gunna be more supportive now.  he could see how bad he was hurting me & stressing me out. He said he is gunna try his hardest until it gets to be to much, but i think he will realize he’s making it seem alot worse. Hes coming with me to the ultrasound so maybe when he sees him/her & hears its heart beat.. maybe he’ll have a change of heart.
My whole family is here for me, my mom is actually pretty exited to have another little baby in the family, as well as my aunty and sister.