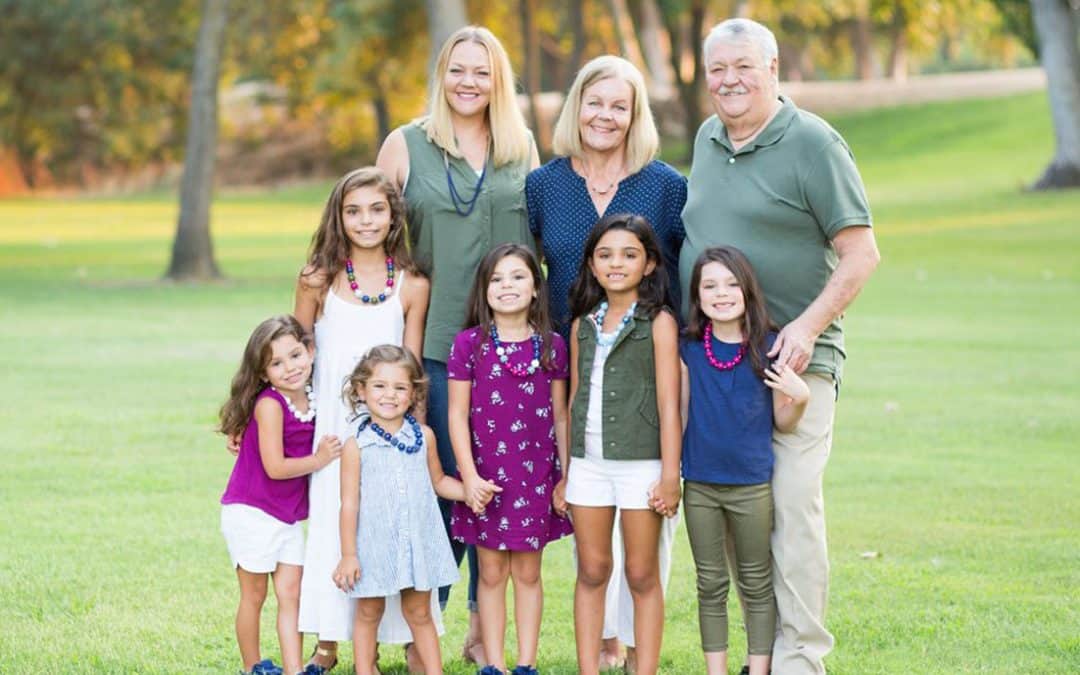 When Lacey Dunkin first thought about becoming a mother, she saw one thing in her future: boys. “It wasn’t that I believed I could only bond with a son—when I was daydreaming about having a family, I just saw myself with a boy,” says Dunkin, 32, of Fresno, California. Then in her mid-20s and living with her parents, Dunkin longed for a child and didn’t view marriage as a prerequisite. At her mother’s suggestion…

Dunkin considered fostering a child first and found Aspiranet, a family-services agency with offices throughout California with a special focus on foster care and adoption. Dunkin applied to become a foster parent and was certified in June 2011, after completing multiple hours of training and passing a home study. She accepted a family friend’s gift of a race-car bed, and waited.

By late September, Dunkin started to worry that as a single woman, she might never be contacted. Then late one night, a social worker called: “She told me she had a foster-care emergency placement: four sisters ages 5, 2-year-old twins, and 1,” says Dunkin. (In the interest of privacy, Aspiranet chose not to reveal the particulars of the circumstances surrounding the girls’ story.) “I was barely awake, but I said yes.” Within a couple of hours, Dunkin had four confused little girls burning off nervous energy darting around her living room. “They were small and scared, and brought in the middle of the night to this stranger’s house,” says Dunkin, who along with her mother calmed the tired, crying girls and tucked them into bed and rocked the baby to sleep.

The next morning, Dunkin called in to work and prepared to take Sophia, the eldest, to her kindergarten class. “I was making her breakfast and she asked me if I had any daughters and if she could be my daughter, which broke my heart,” says Dunkin. “She asked what she could call me and I told her, ‘My name is Lacey, and you can call me whatever you want to call me.’ By the time I found her school and dropped her off, she was introducing me as her mom.”

Later that day, Dunkin learned the girls—Sophia; the twins, Natalie and Melanie; and the 1-year-old, Kaylee— had a sibling, Lea, born the night before. (Lea temporarily went to a foster couple with prior experience with newborns.) Nine months later, the older girls reunited with their birth mom. Says Dunkin: “I tried to keep faith that they would end up where they were supposed to, and in my heart, that was here.”

After about a month, the girls’ birth mother concluded it would be too difficult for her to care for them. “She called and asked if I would take all five,” says Dunkin. “I immediately said yes.” She formally adopted them in July 2013. “They asked me if I was sure they were staying. I reassured them, ‘You’re adopted. You’re home forever.’ ” (Dunkin has her parents’ help and financial assistance for the girls’ needs.) There was one more surprise: The children’s birth mother was expecting again: a girl, Cecily, born that September. Cecily eventually also came to live with Dunkin and has been adopted since.

“I want people to know that foster children are not bad, they’re not broken,” says Dunkin. “Children are resilient, and want and need a loving home.”
Read full article at: Gail O’Connor from Parents Magazine