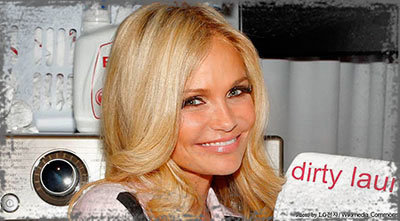 Actress Kristin Chenoweth, known for her roles on stage and screen, is speaking out in honor of National Adoption Day. Chenoweth, who was adopted as a newborn, says that while she is not overly curious about her birth parents, she is grateful to her birth mother for giving her a chance at life and grateful to her adoptive parents, who told her very early on, “We chose you.”

People.com shares the text of Chenoweth’s writings in honor of the day:  “I’ve always known that I was adopted. It was never a secret or held from me. I knew that my birth mother loved me so much that she wanted to give me a better life. And my parents, Jerry and Junie Chenoweth, were looking to adopt a baby and found me – literally less than one week after I was born.

Growing up, my parents explained my adoption by telling me, “We chose you.” It was a wonderful way to put it to an adopted child. And I think it’s true. An adoption is a full-circle blessing.”

Chenoweth explains how she views the birth mother’s choice to place her child for adoption as a “sacrifice,” a “blessing,” and a “gift”:  “First of all, it’s a blessing (and a huge sacrifice) for a birth parent to make the decision to give his/her baby a better life. Sometimes people can’t take care of that baby just yet. (And their circumstances might change in 15 years.) But what a gift they are giving to both that child and the family who wants to adopt.”

Chenoweth says,” Adopted children should never feel that they were abandoned, but chosen, even stating, “we were given a chance”:  And then, lastly as an adopted child I encourage other adoptees to remember what blessed lives we have. We weren’t abandoned; we were chosen. We were given a chance. I’m not saying it’s not hard or that it’s easy for people to understand. But it really isn’t for the world to understand; it’s for the people who are involved.

Regarding her birth mother, whom she has not met, Chenoweth says:  If anything, I would thank my birth mother for loving me enough to make such a huge sacrifice. It’s a great gift for me to be able to say: “I know that I came from love, and I know that I have love.”

Chenoweth, who does not have any children of her own, stated that if she were to have children, she would likely adopt.

Other celebrities have spoken positively about adoption. Among them:

“From the moment we started the adoption process, all the anxiety went away. I don’t think of them [son Oscar, 11, and daughter Ava, 6] as adopted – they’re our children. Deb and I are believers in … I suppose you could call it destiny. We feel things happened the way they are meant to. Obviously, biologically wasn’t the way we were meant to have children. Now, as we go through life together, sure there are challenges, but everyone’s in the right place with the right people. It sounds airy-fairy, but it’s something we feel very deeply.”

“The first time I met Louis, it was like the whole outside world got quiet. It was like he had always been a part of our lives.”

The late Steve Jobs, founder of Apple (an adoptee) –

“I wanted to meet my biological mother mostly to see if she was okay and to thank her, because I’m glad I didn’t end up as an abortion. She was 23 and went through a lot to have me.”