A Model On Abortion 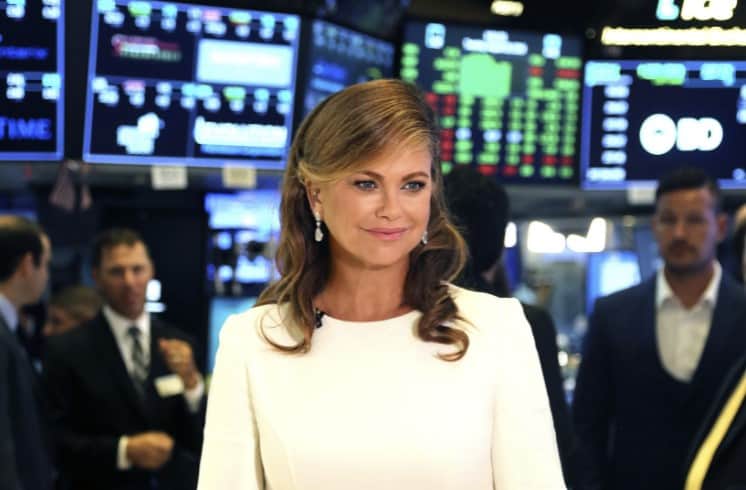 Former supermodel Kathy Ireland, who became famous in the 1980s and 90s for her appearances on the cover of Sports Illustrated, is not holding back.

Ireland has publicly opposed abortion since at least 1998, when she argued that the beginning of life at conception is a medically established fact as a guest on Politically Incorrect. However, she says, her views are becoming better known, and she has suffered some retaliation.

“I mean it’s been interesting, on this book tour this week there have been shows that have canceled me, speeches that have canceled. In my first book Powerful Inspirations: Eight Lessons that Will Change Your Life, I talk in depth about the life issue and how I came to that, and as people have learned that, it’s very interesting,” she told Mike Huckabee on Fox.

“According to the law of biogenesis, all life comes from preexisting life, and each species reproduces after its own kind, therefore human beings can only reproduce other human beings, so it doesn’t start out as one species and suddenly become a human being somewhere along the way,” she said.

Noting that she began with the “pro-choice” position, even while a Christian, Ireland says that she changed her mind after researching the topic using her husband’s medical manuals.

However, Ireland said she didn’t want to believe what she was seeing, so she called Planned Parenthood to get their response.

“And I picked up the phone, I called Planned Parenthood. ‘Help me out here, give me your best arguments’. And the best arguments were, ‘Well, it’s just a clump of cells. If you get it early enough it doesn’t even look like a baby.'”

In a later interview with Fox’s Pop Tarts, Ireland compared abortion to child abuse, and said that it should be illegal in all cases except saving the life of the mother.

“If we’re about to demolish a building we make absolute certain there are no human beings in there before we take a wrecking ball to it, but the unborn doesn’t have a voice so it’s up to us to speak for them,” Ireland told Pop Tarts. “If I see someone abusing a child I am going to stand up against that, and that’s how I feel about abortion. Women are not given all the facts, they’re told it is a harmless procedure and now it has turned into such a political football.”

Ireland is on a tour to promote her book, Real Solutions for Busy Moms, which reportedly contains a chapter on her religious beliefs. She says she experienced a conversion to Christianity at the age of 18 while reading a Bible her mother packed for her during a trip to Europe on a modeling job.

In addition to reversing her former pro-abortion stance, Ireland also expressed regrets in 2002 for some of the Sports Illustrated Swimsuit Edition photos that helped to establish her fame as a
“supermodel.”

“There were many suits I did not feel comfortable wearing and simply wouldn’t,” she said. “There were certain times there would be images that I’d look at in retrospect and I was not pleased with how they turned out. I would think, ‘Oh, that looks different than I had hoped.'”

Asked if the photos were too revealing, Ireland said that “some of them did come across that way, but my goal is that as I mature in my faith, my actions would be more and more according to God’s will.”