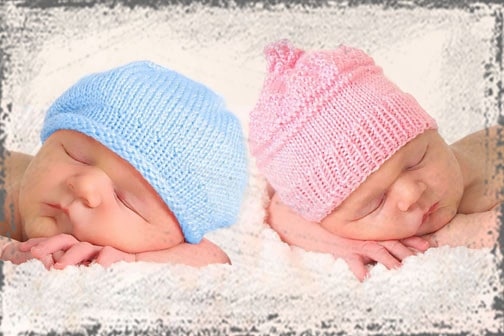 My little ones are now at the six month mark, and it’s been a hell of a road getting here. Up to about three weeks ago they still were waking up three, four, times a night and I was getting snowed under with Uni work that I felt I really couldn’t get done. I think I was about two assignments away from dropping out. But now I feel like things are getting easier the older the twins get.

They’re sleeping a lot better now, and they’re only really up once or twice in the night which makes a huge difference. It means I’m getting a lot more work done at Uni and don’t feel quiet so unprepared for the exams coming up, it also means that me and Jack can spend a little more time together seeing as we aren’t sleepless zombies any-more; I definitely feel like this is the light at the end of the tunnel.

They’re also making big milestones all of a sudden. Theo and Elsie can now roll right over onto their stomachs, and have started being able to pick things up. Elsie is a little more advanced than Theo (she was a little bit bigger at birth), and has started pushing up on her hands, hopefully getting ready to crawl!

They’ll also both eat solids, with mashed up banana being a favorite. Personality wise, Theo is still the loudest. He makes the most noise when he cries, and when he laughs, which he does a lot. Elsie is quieter, she doesn’t seem to like being held by other people as much, and mostly all she wants to do is hide in the crook of her Daddy’s shoulder.

One of our main problems is living arrangements at the moment. The house we live in is great, right by the hospital and the city centre, the only problem is our flatmates. The three boys we live with are students as well, and although they are great with the twins, I’m not always very comfortable with the amount they drink and some of the people they’ll bring back with them. A year ago I would have been the same, but now with two young children, who are just about to start crawling, we need s safer home environment that isn’t littered with beer bottles and strange people I haven’t met before.

So we’ve started looking for a flat in Bristol, which hopefully we’ll move into in the Summer. So far we’ve found a few good places but money is tight for us at the  moment and I’m not quite sure how affordable everything is. We’ve been on a non-flexible budget since the twins arrived, and there’s only so far that our Maintenance grants will cover.

Still, I remain optimistic. Next year is my last year at Uni, and Jack will be graduating and hopefully working as a Junior Doctor in the BRI. As for me I’ll have to start looking at graduate opportunities; I’m thinking about going into Forensics or maybe becoming a Clinical Scientist at the NHS, but more than anything I’m looking forward to having a regular work schedule so I can spend more time with the twins.

I sometimes think that maybe staying on at University has affected how I’ll be as a mother. I worry that I’m not getting to see them enough, or that instead of looking for jobs, I should just be wanting to stay home with them instead.