Greatest Gymnast of Her Generation 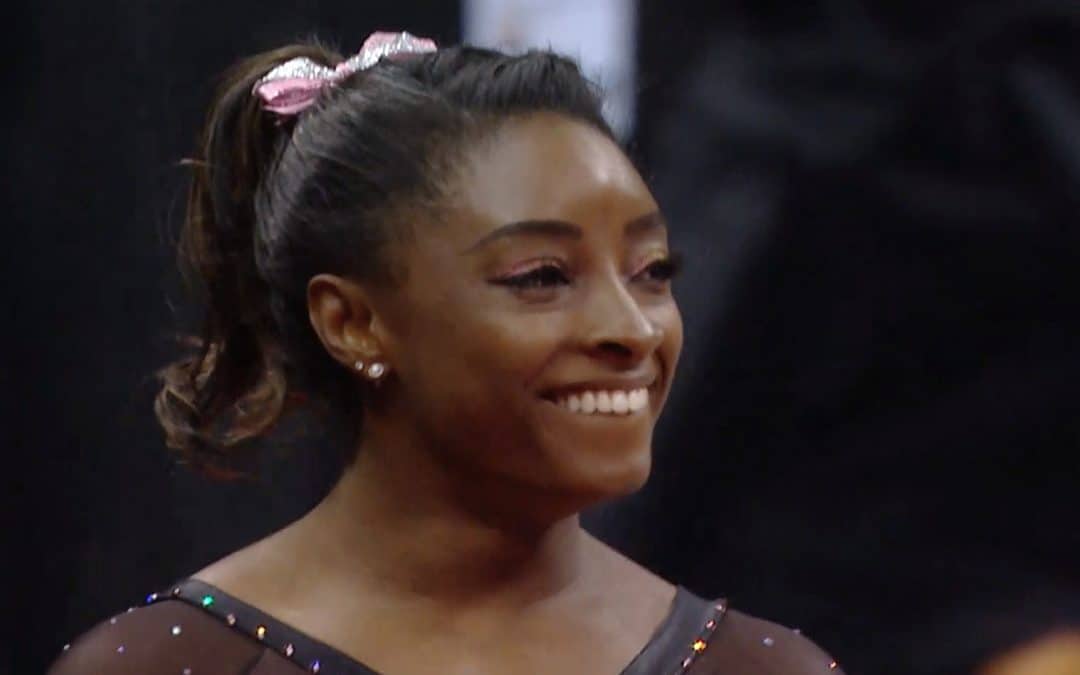 Simone Biles — the five-time Olympic medalist who’s described as the greatest gymnast of her generation — made history on Friday with a spectacular beam dismount at the U.S. Gymnastics Championships.

Competing in Kansas City, Mo., 22-year-old Biles became the first gymnast ever to attempt a double-twisting, double somersault dismount from the balance beam, according to Team USA.

But just as inspiring as her hard work and amazing talent is her life story.

The Independent Journal reports Biles was born in Ohio to drug-addicted parents, and her father quickly abandoned the family. The first few years of her life were a yo-yo between her mother’s house and foster homes, according to Texas Monthly. When Biles was six, her grandparents adopted her and her younger sister, and they moved to Texas, the report states.

“She’s always been headstrong,” Nellie, a retired nurse, told the news outlet. “When she makes up her mind, it’s, like, oh my gosh—the whole world could be upset and she’d still do it. My other kids would listen. Her, no. She makes her mind up and that’s it.”

When Biles expressed an eager interest in gymnastics, her parents enrolled her in classes. According to the report:

A year after enrolling, Biles was in the middle of a class when Aimee Boorman, a former competitive gymnast and one of the coaches at Bannon’s, walked by and took notice. Impressed by the tiny girl’s explosive power and “air sense”—a gymnast’s catlike ability to stay oriented while flying through the air—Boorman soon became Biles’s personal coach, a position she has held to this day.

Biles also struggles with stress and a drive for perfection. She has a counselor who helps her work through the issues, according to the report. Her parents said it took her days after she won the World Artistic Gymnastics Championship to realize that she won the title of best gymnast in the world. Those around her say her confidence has grown since then, and she has become more at ease in her performances.

The young athlete has attracted the public spotlight because of her amazing abilities, but her adoption and her struggles are even more inspiring because they demonstrate how every person can overcome adversity to achieve greatness.